From Llandovery, epicentre of drover country, two roads lead southwest along the Tywi Valley. The main A40 largely follows the route of the old Roman Road; instead, take the A4069 that runs higher along the hillside to Llangadog, providing beautiful views right across the valley and ahead to the far western edge of the Black Mountain. 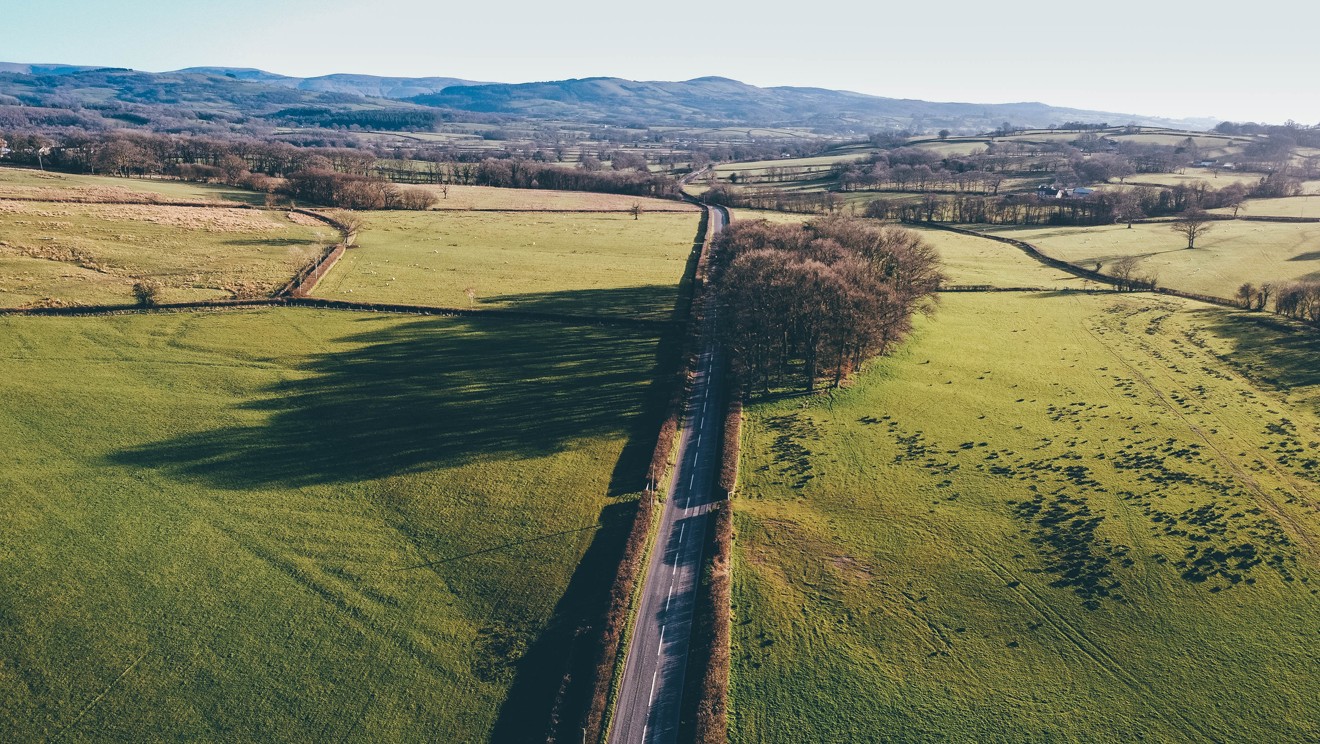 Llangadog itself was another important stop on drovers’ routes, and up to the end of the 19th century every other building was an ale house or inn of some kind. Even today you’ll find more pubs than you might imagine a village of this size would support: huddled close together stand the Castle Hotel, Red Lion Hotel, Black Lion and Goose & Cuckoo (formerly the Carpenter’s).

Continuing south, the A4069 soon traverses the large common at Felindre, where since the 13th century livestock were grazed under the watchful eye of Castell Meurig – the site of the motte and bailey castle now revealed only by a flattened patch of hillside.

Cross the Sawdde, a tributary of the Tywi, to follow the road to the hamlet of Bethlehem; detour here to reach the impressive double hillfort of Garn Goch, dating from the Iron Age and affording even more far-reaching views across the valley. 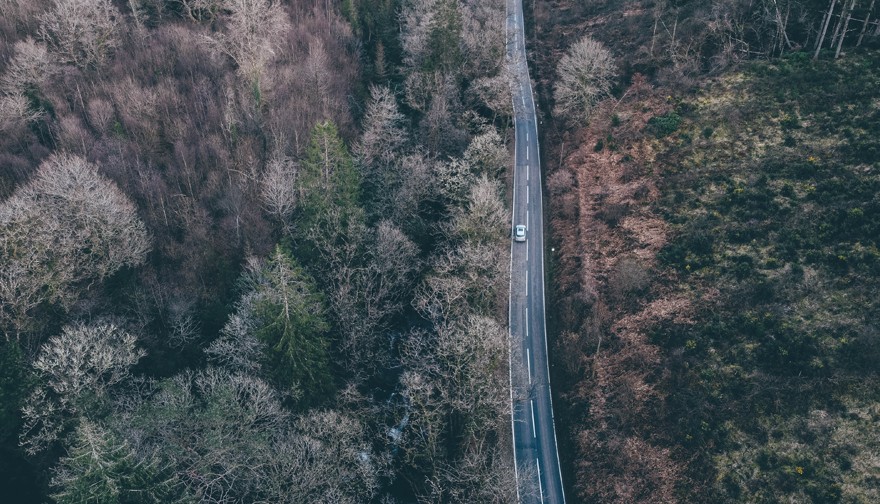 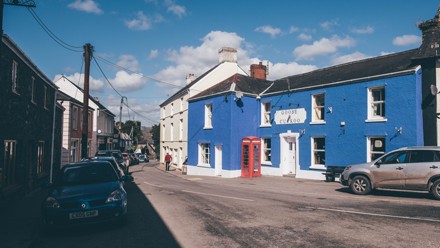 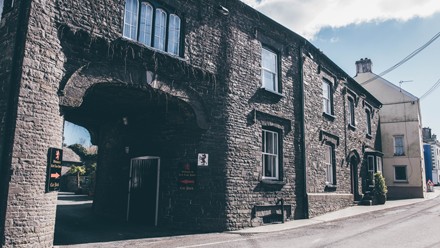 As you approach Ffairfach, the colourful merchants’ houses of Llandeilo come into view, tumbling down the hillside. It’s an inviting place to pause for a snack or coffee: the Cawdor Hotel is the grandest coaching inn in the area, and the Heavenly Chocolate Emporium a few doors down offers sweeter temptations. The White Lion hosts live music, while the Ginhaus deli around the corner is well stocked with gourmet fare and, naturally, juniper-flavoured spirits.

Nearby, the Old Bank was a branch of the drovers’ Bank of the Black Ox; this outpost, founded in 1752, even issued Llandeilo banknotes. Up the hill stands Abbeyfield House, once the George Hotel, which accommodated troops billeted here during the Rebecca Riots of the 1840s.

A short but lovely walk west from Llandeilo brings you to the impressive ruins of Dinefwr Castle, gazing imperiously along the Tywi Valley, and the deer park surrounding Newton House, a fascinating National Trust mansion with a welcoming tea room. 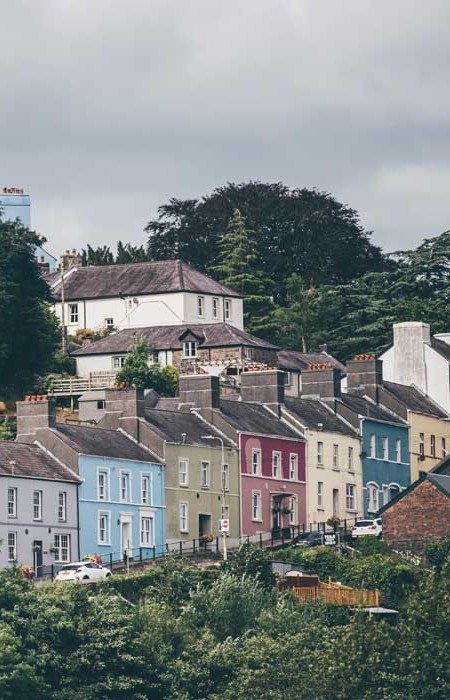 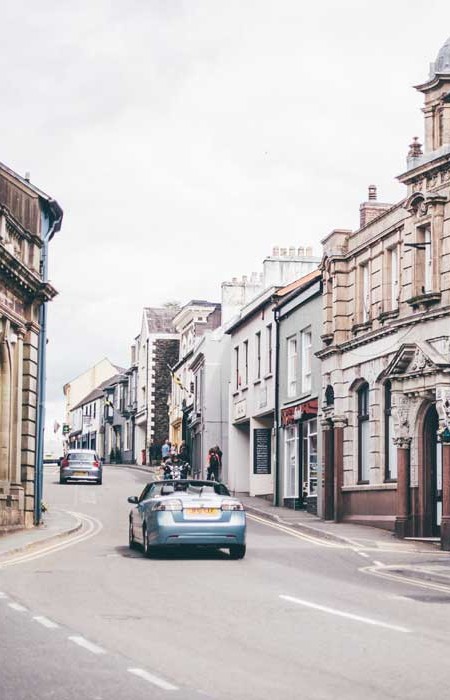 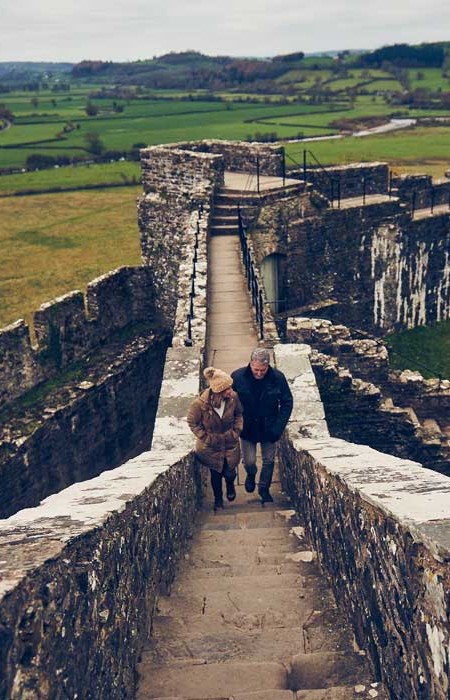 Steer south now to Trap and more narrow, winding lanes yielding tremendous views over the fields to the Black Mountain and the brooding hulk of Carreg Cennen castle. Perched on a hill folded and rumpled like a shrugged shoulder, the jagged outlines of the castle walls are silhouetted black and stark against the sky.

Though now in picturesque ruins, this 13th-century bastion is impossibly atmospheric and has been voted the most romantic ruin in Wales.

East along increasingly winding and undulating lanes brings you to Gwynfe, where you can continue a short distance to Llanddeusant to visit the red kite feeding station and walk to magical Llyn y Fan Fach lake. Instead, turn right onto the A4069 to dip into the valley then climb onto the Black Mountain, with ever more dramatic vistas opening up as you ascend. 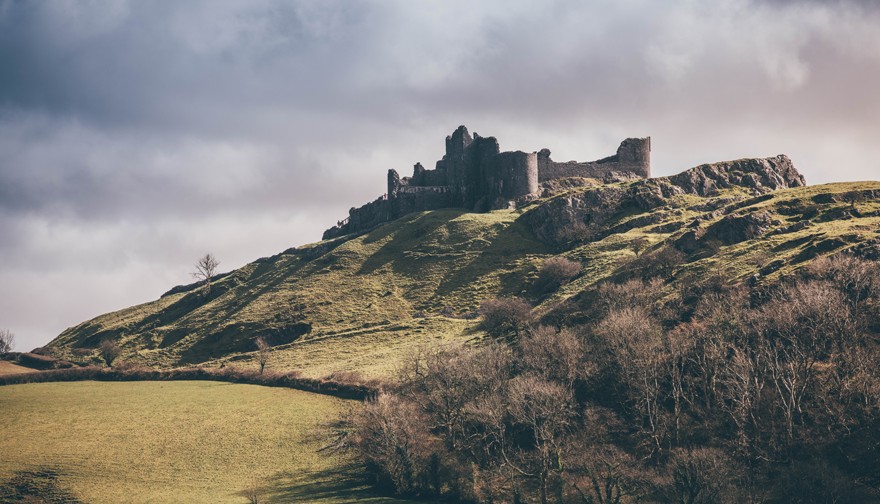 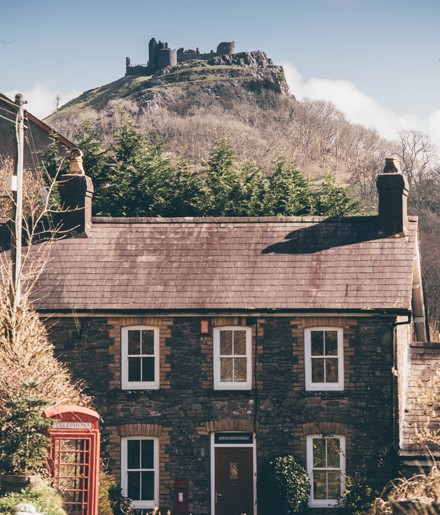 Cross a cattle grid and suddenly you’re on the mountain with the road snaking upwards alongside a rocky stream. This wild, bleak, exposed stretch of mountain road is among the most dramatic drives in Wales. Take care on the tight hairpins as you traverse moorland landscapes, with evidence of quarrying all around.

A series of carparks offer varied panoramas: first north and east over the flanks of the Brecon Beacons from the Mountain Road viewpoint, then into the guts of Herbert’s Quarry, and finally across burn-striped slopes towards the Carmarthen Fans and the towns of the Amman Valley. 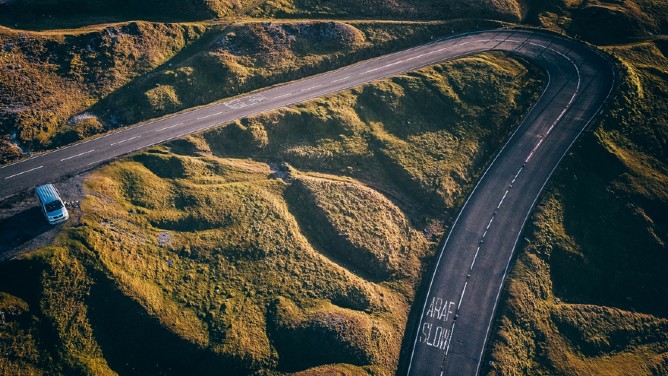 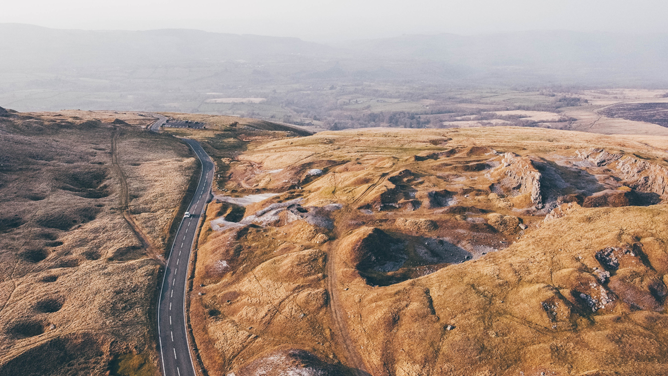 The A4069 descends to Upper Brynamman, where the Black Mountain Centre café is the place to pause for a brew, learn more about local industry and history. Brynamman is also home to the historic Public Hall Cinema, founded using funds from ‘check-off’ system deducting weekly contributions from miners’ wages – opened in 1926, it’s still going strong! 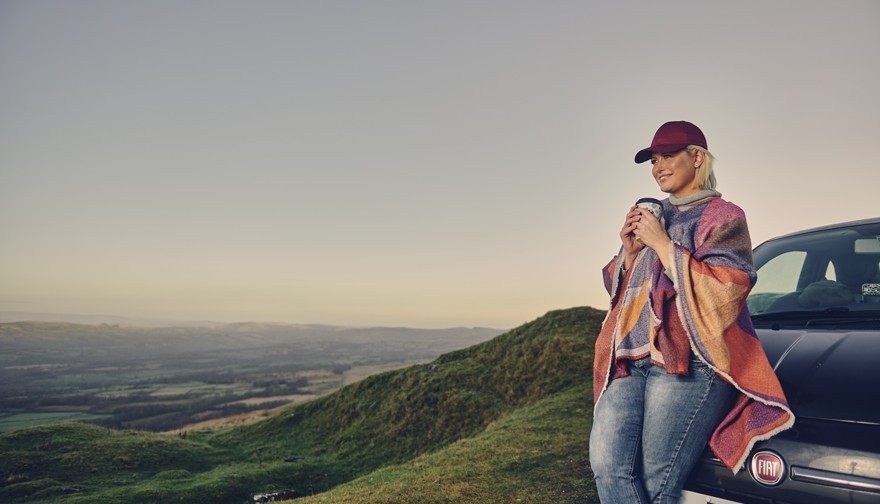 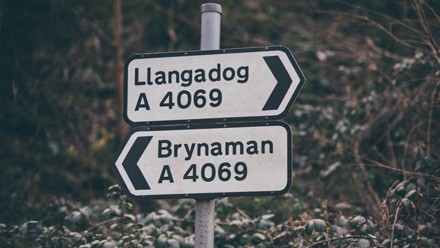 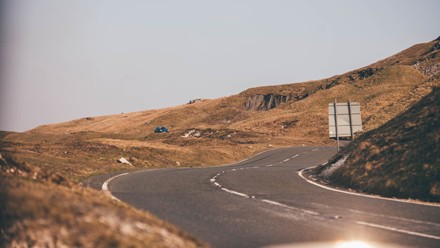 Turn right onto the A474, following the Amman River through Garnant and Glanaman, to find the Coaltown Coffee Roastery on the outskirts of Ammanford – producing Wales’s finest locally roasted brews, with beans and takeaway coffees available on site.

Ammanford was the epicentre of the local mining industry, but its past has much deeper roots. Legend has it that King Arthur hunted wild boar on the slopes rising from the river, a myth recalled on noticeboards and metal boars around town and farther afield. 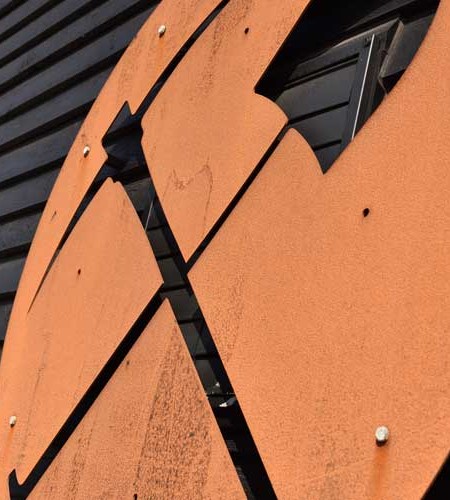 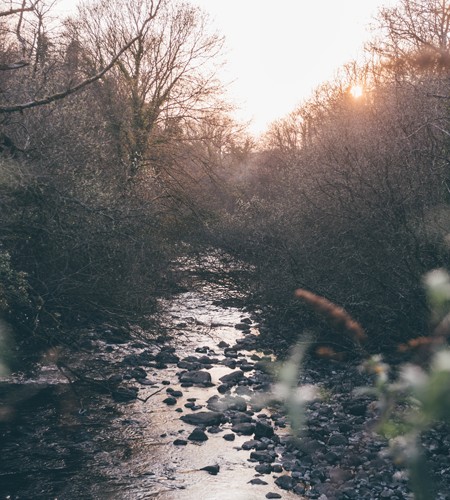 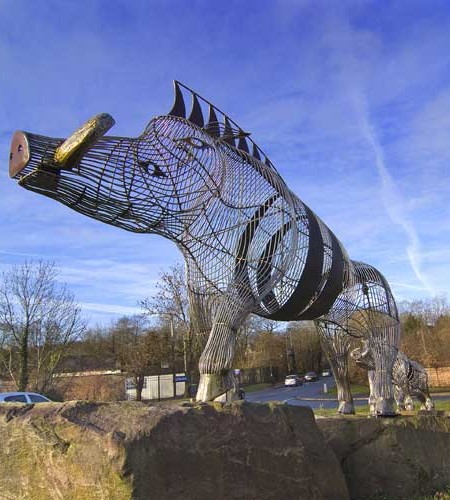 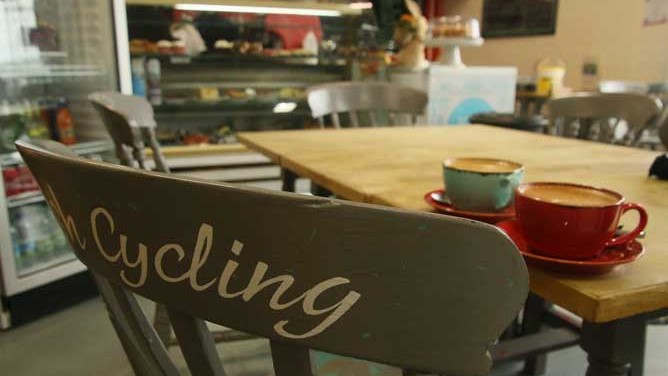 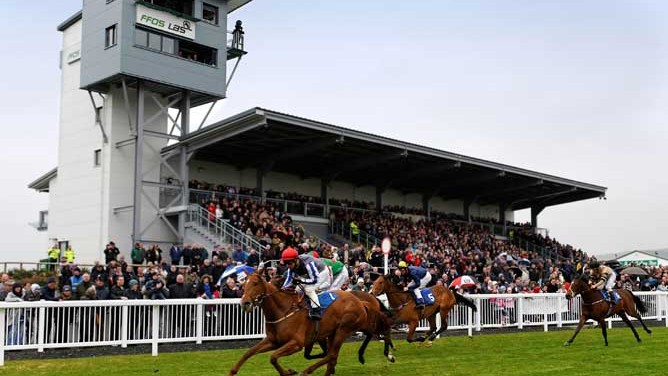 From the Slaughterhouse carpark, stroll along the river beneath the castle, its burly round towers exuding a palpable sense of might – no wonder it’s been a popular location for films including Monty Python and the Holy Grail. Climb the steps up to the castle, then back through the 14th-century Great Gatehouse to the high street to browse the treats at Kidwelly Deli and Edan Nash Fine Chocolates.

Leaving Kidwelly, the road climbs rapidly to reward with tremendous views left across Carmarthen Bay, ahead towards the hills north of St Clears and, finally, across the Tywi estuary to Llansteffan and its snaggle-toothed castle ruins on their hilltop eyrie. 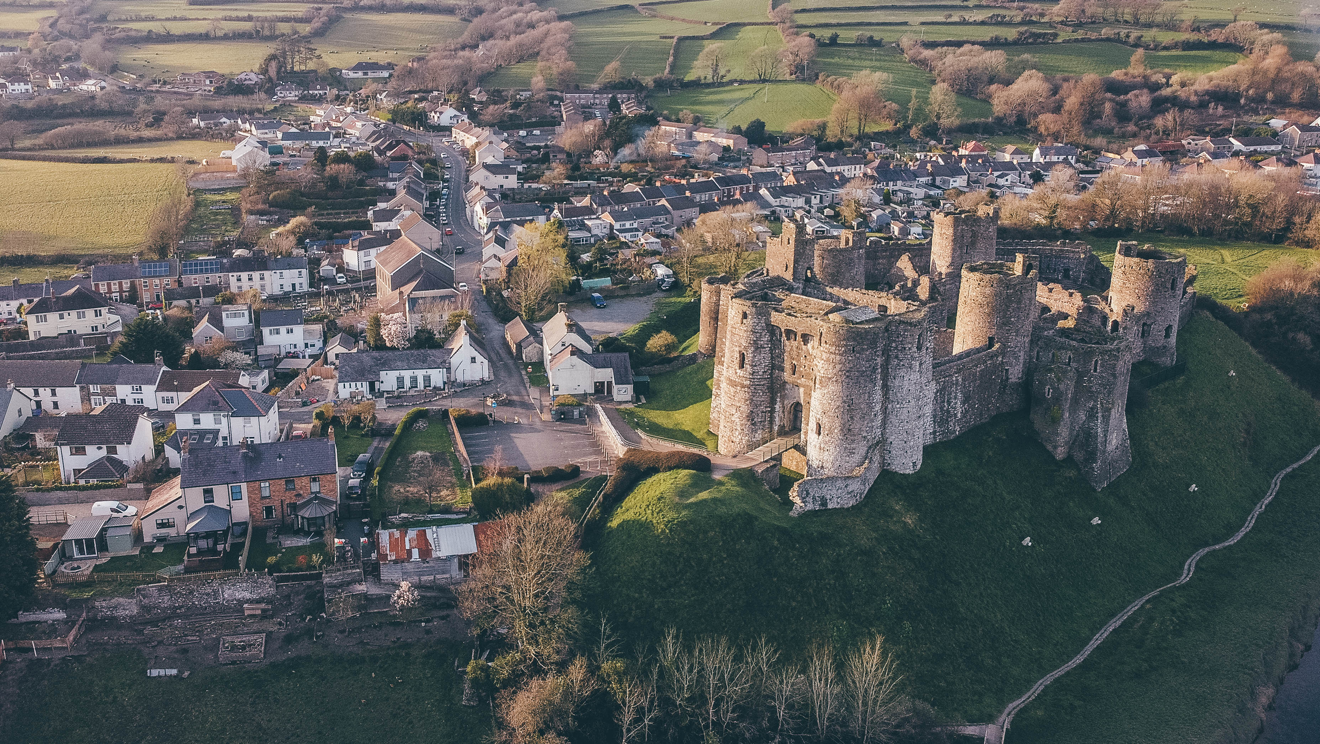 Descend into Ferryside, a compact community with a fine beach and, just north of the centre, the Pryd o Fwyd restaurant and café – an indulgent spot to toast the end of your circuit, and to raise a glass to those historic drovers whose legacy still resonates around Carmarthenshire before completing your circular tour, returning to Carmarthen. 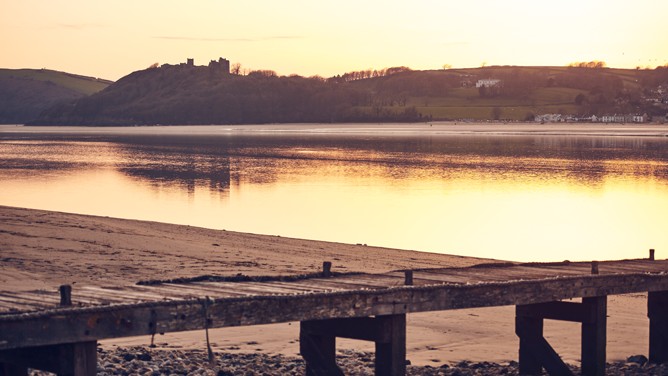 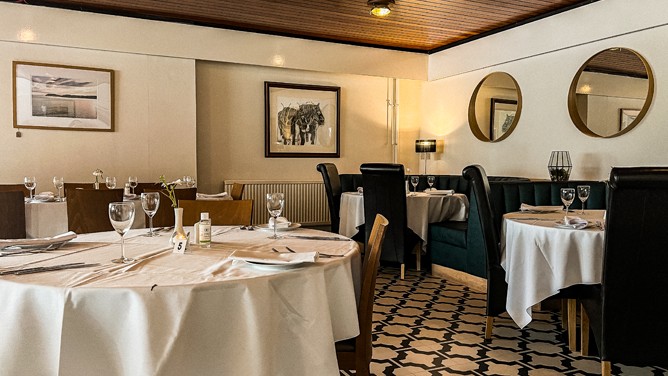 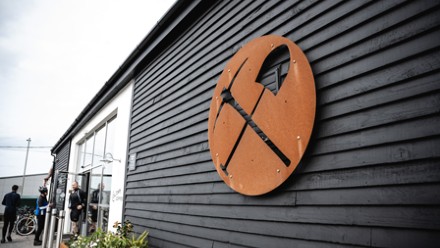 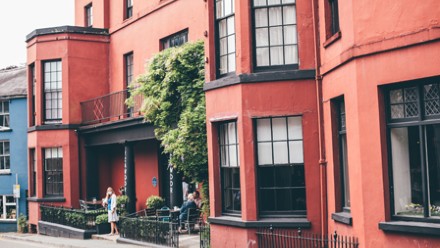 Places to stay along the way 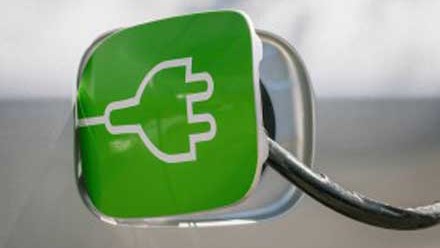 Find out more about our towns