The county town, Carmarthen, makes an ideal base for combining two of Carmarthenshire’s most scenic, moderately challenging road routes, tracing secluded river valleys and bracing coastal trails, for a weekend of wild landscapes and indulgent eating and drinking.

This lovely ride, packed with historical and natural gems, is a tale of two valleys. Set out north-east from Carmarthen along the Towy Valley towards Llanarthne, where Wright’s Food Emporium is impossible to ignore – pause for a coffee at least, though only the strongest-willed will leave without filling panniers with treats from the deli. Continuing along the valley, the skyline is dominated first by the distinctive shape of Paxton’s Tower, an early 19th-century folly built in honour of Lord Nelson, then the broken walls of 13th-century Dryslwyn Castle. Nearby, the National Botanic Gardens and Aberglasney, both short detours from the route, are alluring highlights for the horticulturally minded. Towards Llandeilo, imposing Dinefwr Castle guards a meandering bend in the Towy.

Llandeilo itself, its colourful houses tumbling picturesquely down the hillside, has become a gastronomic hotspot – there’s great coffee and deli treats at Ginhaus, and filling brunches at The Hangout; for a sugar boost, try Heavenly Chocolate Emporium.
Continue north-east, past the ridge above Bethlehem topped with the double Iron Age hillfort of Garn Goch Y Gaer Fawr, to Llandovery; here, under the glowering gaze of the castle ruins, numerous cafés and pubs offer fuel for cyclists – the excellent barista at Penygawse Victorian Tearooms can even write your name in the foam on your latte.

Veering north and then west from Llandovery, you’ll work off some of those calories with the climb out of the Towy Valley, rewarded with spectacular views. The landscape becomes more wooded as you descend into the Cothi Valley, passing little Abergorlech and Brechfa, both access points for exhilarating mountain-bike trails in Brechfa Forest; the Forest Arms is the cosiest of stone-built pubs for a refreshing pint or something more substantial.

There’s another testing climb over the ridge between the valleys to return to the Towy and turn right to retrace your route to Carmarthen. 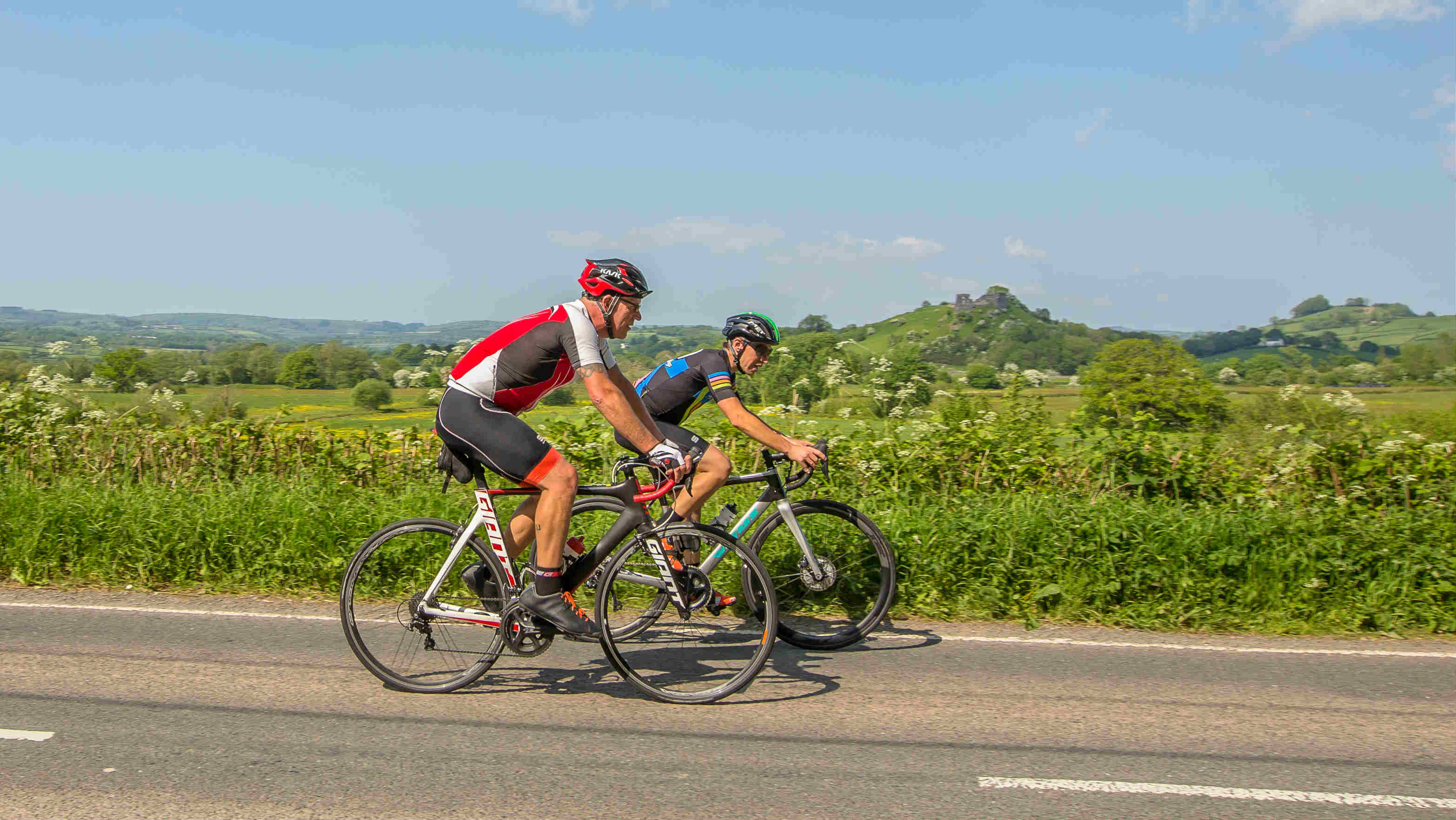 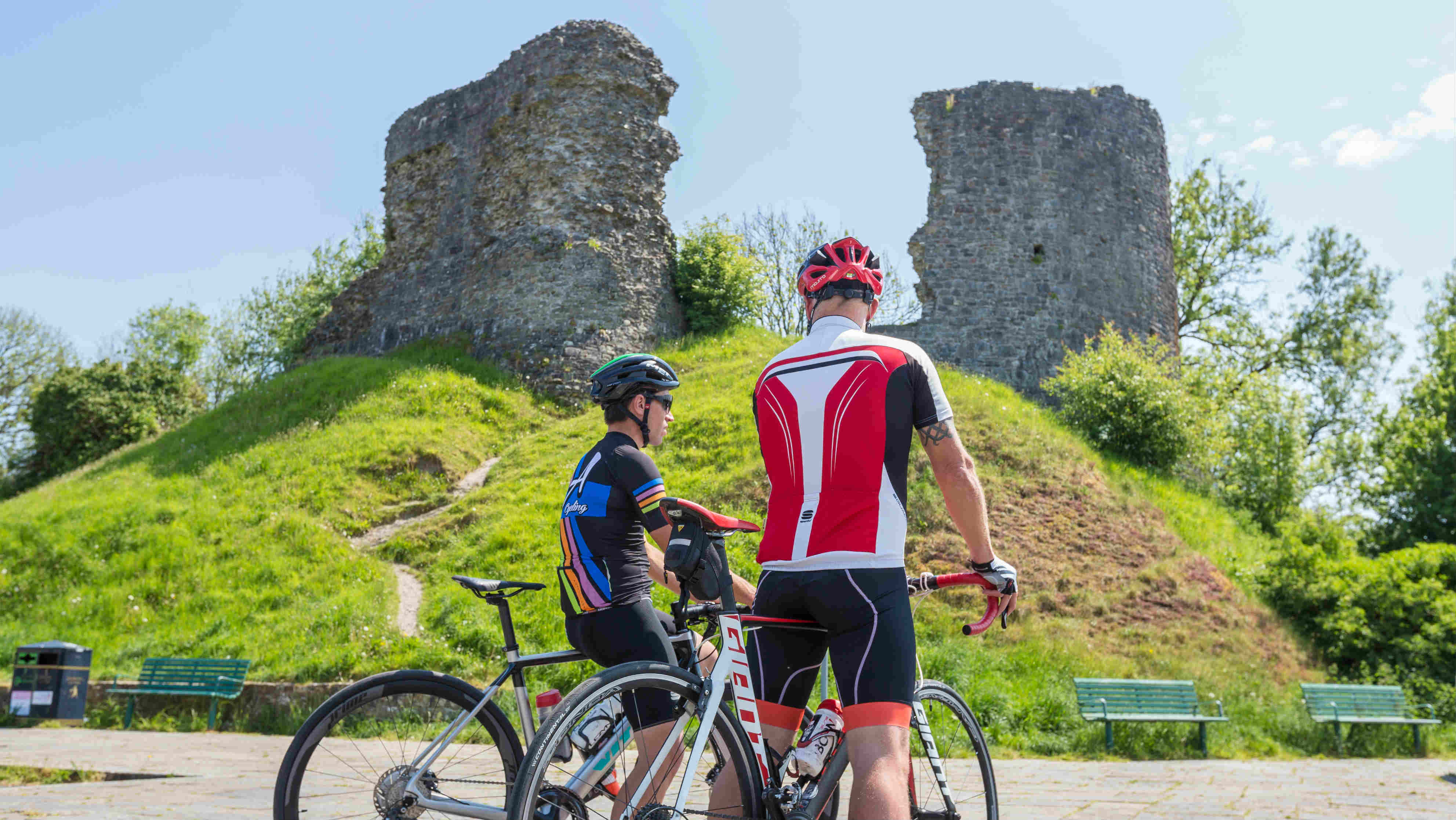 Though the route officially begins in Pembrey Country Park, it’s easy to join at Cwmffrwd, 5km/3 miles south-east of Carmarthen. Initially a leisurely ride along rolling country roads, you’re soon faced with steep and long ascents till you reach Pen y Mynydd – a village aptly named ‘Top of the Mountain’ – and gratefully enjoy the steady descent towards Llanelli. Detour here to visit the impressive Plas Llanelly, the finest Georgian house in Wales (with a respected restaurant), and treating yourself to a coffee or snack at St Elli’s Bay, before bearing right to skirt Carmarthen Bay along the blessedly flat Millennium Coastal Path.

The gentle undulations of this traffic-free trail mean you’re able to look around and enjoy the sights: the wildfowl flocking in Sandy Water Park; the path side plaque at Pwll marking the spot where aviatrix Amelia Earhart landed after her first trans-Atlantic flight in 1928; kestrels and meadow pipits hovering and flitting in Ashpits Pond Nature Reserve. Burry Port offers industrial heritage and more opportunities to refuel – the cakes at Whitford’s, near another Earhart memorial, are sinfully enticing, and Daisy’s Little Coffee Shop lies just to the west at the entrance to Pembrey Country Park; head inside the park to find Yr Orsaf, serving all meals and sinfully indulgent afternoon teas.

Heading inland, one of South Wales’ most impressive fortifications looms at Kidwelly Castle: the mighty medieval fortress that made a cameo appearance in Monty Python and the Holy Grail. The route skirts the coast, providing sweeping views across the Towy estuary to the tumbledown but hugely atmospheric ruins of Llansteffan Castle, its 12th-century walls encompassing an Iron Age fort. You’re almost back at base in the county town, ready to toast your weekend roaming the valleys, hills and coast of Carmarthenshire. 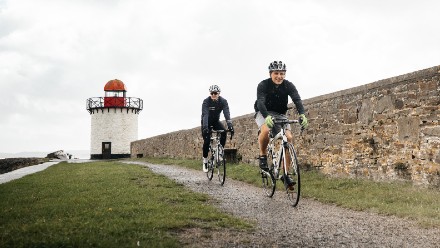 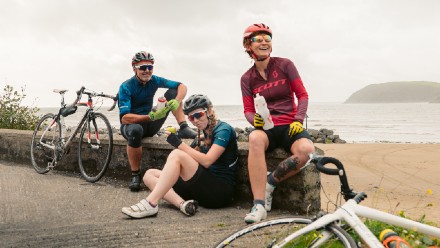 Cyclists are spoilt for choice in Carmarthenshire, with a range of bike-friendly accommodation options across the county, from welcoming hotels and pubs in lively market towns to self-catering apartments and cosy cottages, all with secure storage, some offering wash-down facilities, dry rooms and information on the best local routes. Search the full range of accommodation online

How to get here 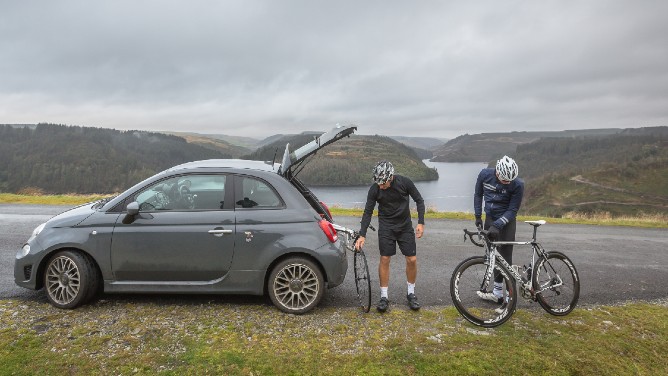 Carmarthen is 34km/21 miles from the western end of the M4 near Swansea. Carmarthen Railway Station is under two hours by train from Cardiff, and accessible from across the UK via Newport.

A Neo-Gothic folly looked after by the National Trust.