The route takes in a section of the Millennium Coastal Path and on towards Ferryside before a few tough climbs inland with great views along the whole route.

Millennium Coastal Path – A jewel in the crown for cycling within Carmarthenshire. A fantastic 4 mile, traffic free route with incredible views of the sea.

Crwbin – The toughest climb on the route. Just over 2km with an average of 10% and a peak above 15% it will make your legs burn!

Starting from Pembrey Country Park, or just outside where parking is plentiful take Factory road back to the A484, turn left and follow towards Kidwelly. Take the first exit at the roundabout, through Kidwelly and turn left signposted Ferryside.

The area that is now Pembrey Country Park was once a munitions factory that operated through both World Wars and the remnants of some of the buildings are still present and clear to see in many parts of the park. Now a country park the area is a fantastic place for the whole family with the blue flag Cefn Sidan beach, dry ski-slope and acres of forestry tracks for walking or mountain biking. Our route starts from just outside the country park, and the first pedal strokes are back towards Pembrey village and joining the flat road that heads north west towards the town of Kidwelly.

The flat road gives a chance to warm the legs up and even with a slight headwind the going is swift and you will be in Kidwelly in no time. The town is full of history and dates back to 1106AD when the prominent and well preserved castle and church were first built by the Normans. It is worth a very short detour to take view the impressive castle before making your way towards Ferryside, taking the scenic and coastal route. 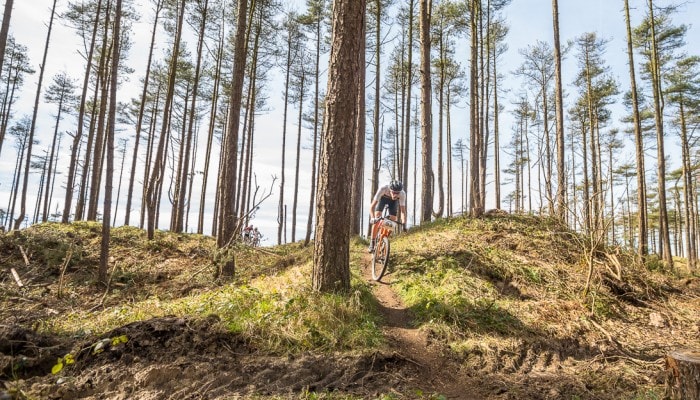 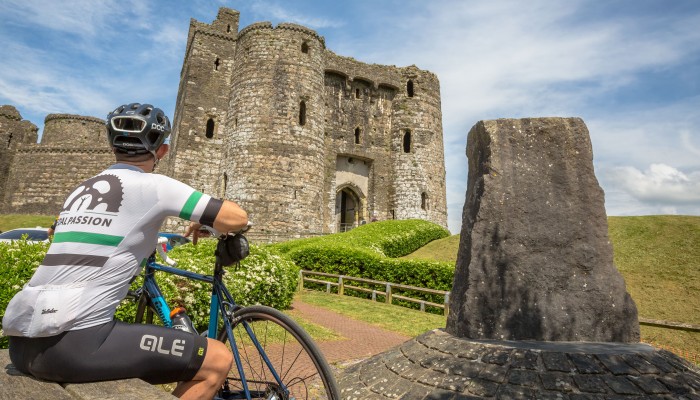 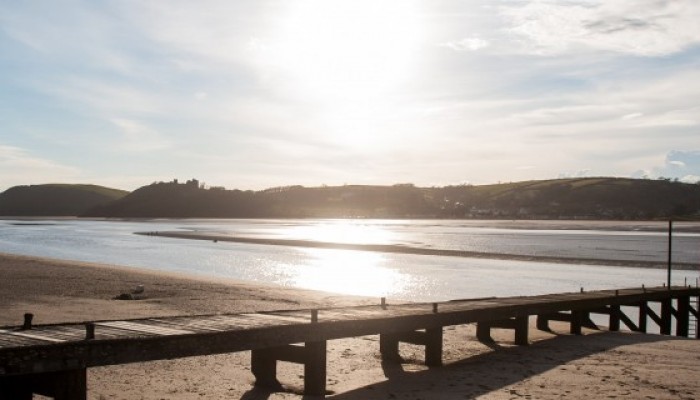 While the road is narrow in places, traffic is light as it meanders around the coast following the train line for a short time and what must be one of the most scenic train lines in Britain with fantastic views across the estuary to Pembrey Sands and later across Carmarthen Bay to Pendine and Llansteffan where the remains of another castle are just visible. The town of Ferryside sits on the Towy Estuary and was once a ferry crossing point across the estuary and there are hopes that this will soon restart with bikes hopefully being allowed to cross.

As the route leaves the town it heads inland as the road climbs gradually through the trees and back onto the road that leads on to Carmarthen and while it is busier, it is also mostly downhill and this section feels like it is over quickly and never feels too manic. After a sharp right turn it heads towards the town of Pontyberem with the road rolling gently at first with great views behind as it gains elevation. What starts as a gentle road turn fierce as it approaches the small village of Crwbin where the road pitches up steeply and feels almost alpine with a gradient that stays consistent with a long straight road up to 10% gradient before a few tight almost hairpin corners through the village. It feels like the hill should end at the top, but no such luck as it keeps going and up to a short area of open land where cows roam freely around the cars. 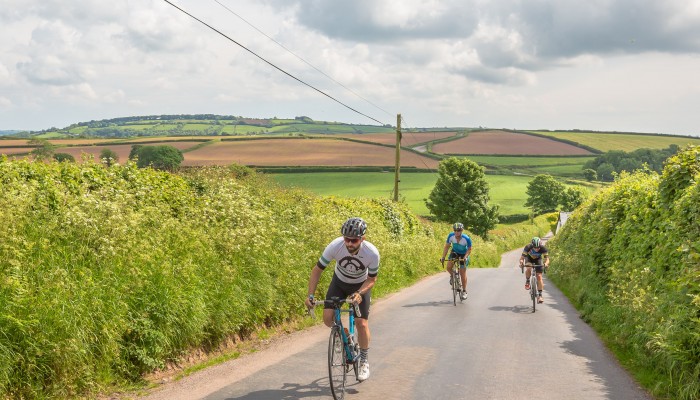 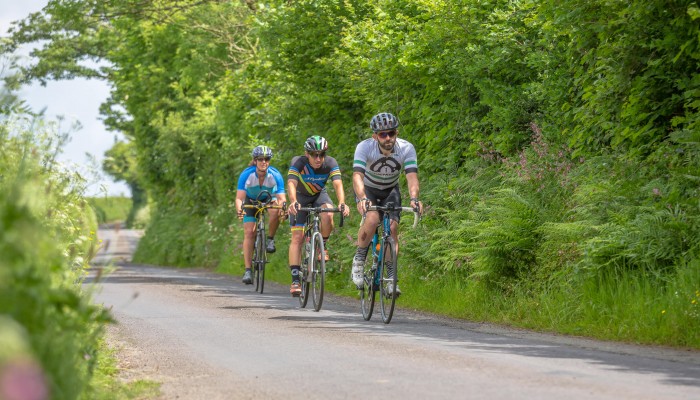 Continue uphill for 3.5km then turn sharp right onto the minor road of Heol Bethel. Continue over the mountain, taking care at the crossroads heading straight across onto Heol Horeb and continue to Five Roads.

The hill is a tough one and the descent that follows after all that hard earned climbing feels like it is over far too quickly as you enter Pontyberem and almost immediately into the next climb as the route leaves the village and back uphill, although thankfully a more merciful climb.

Turning right onto a minor road it continues to climb and passes a site that marks a former meeting point of those plotting to take part in the Rebecca Riots, which were a series of riots through South and Mid Wales in the mid 19th Century. The minor roads and also pass other sites that were used through the riots, passing through Five Roads and up the steepest climb of the day which will have you frantically searching for extra gears to make it to the top. Soon after the route passes through Pen y Mynydd, a village that translates simply to “Top of the Mountain” and if you hope that will be the end of the climbing then you will be correct!

In Five Roads, turn left and second right, almost immediately towards Pembrey. Continue to a fork in the road after 3km, taking the left and then turn left at the t-junction shortly after. Follow downhill towards Llanelli. At the traffic lights turn right, down Denham Avenue and right onto the A484 and shortly after take the first exit at the roundabout and join the Millennium Coastal Path. Follow West for 5km, then continue on the B4311 and follow signs towards Pembrey. At the t-junction on the A484 turn left, then after a few hundred meters turn left towards Pembrey Country Park.

A sweeping descent heads towards Llanelli, turning off before reaching the town and soon after joins the route joins the Millennium Coastal Path, which is a superb traffic free route that connects the coastal edge of Llanelli to Bury Port. The path is wide, clean and smooth and it is popular with families, walkers and cyclists and is best ridden at a more leisurely pace giving a chance to enjoy the incredible views across the Loughor estuary to the Gower peninsular are superb and with the tide out it almost looks as if you can walk across with the estuary having a very big tidal range.

Our route heads off the Millennium Coastal Path before Bury Port harbour, although it would be a quick and simple detour and there is also an option to stay on the path all the way to Pembrey Country Park and the end of the route, although it does involve a section of smooth but unsurfaced track. The route instead stays on the road, following the quicker route into Pembrey village and finally left, back towards Pembrey Country Park. While the route is not the longest, it is a route that offers a great mix of scenery, great roads and enough climbing to make it feel like a tough day in the saddle. 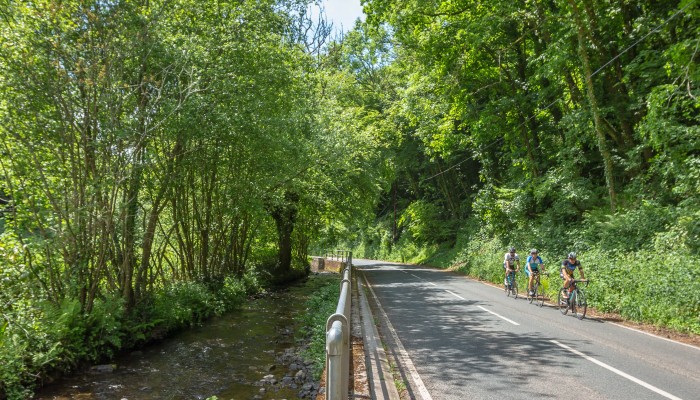 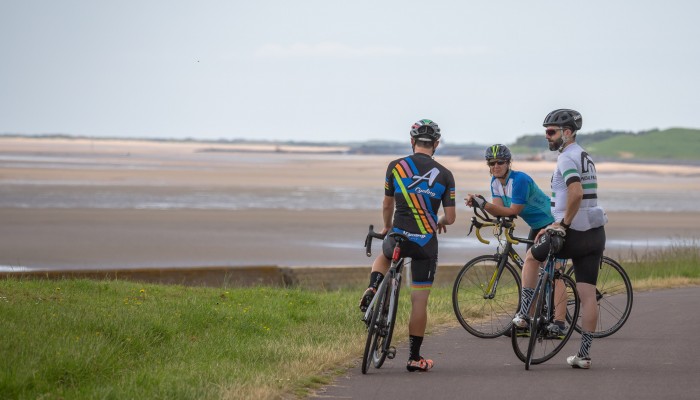 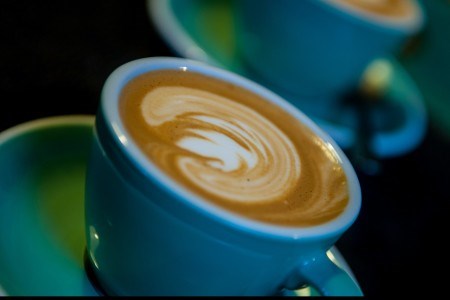