Filming hot spots: Most of Carmarthenshire!

A second series of this popular thriller is coming. Set in the fictional town of Abercorran, which is actually Laugharne, Carmarthenshire has once again provided many of the series key locations:

Pendine Sands - Seven awesome miles of sand stretching to the distant horizon – now that’s what you call a beach. No wonder it’s so popular with families.

Laugharne - Faith’s fictional home is in Laugharne with both the castle and the attractive High Street seen in the small screen.

Llansteffan - Series two took in this new location. Sitting beside the Towy estuary, Llansteffan has a splendid Norman castle and knock-out beach. Enjoy delicious fish and chips from Florries on Llansteffan Beach.

Carmarthen - The historic Guildhall in county town Carmarthen is used as the courtroom. Faith is often pictured in the town’s main square, too.

And play: One for the more active… jump on a bike for an epic circular road cycling Tywi Valley tour of the castles over 60 miles. 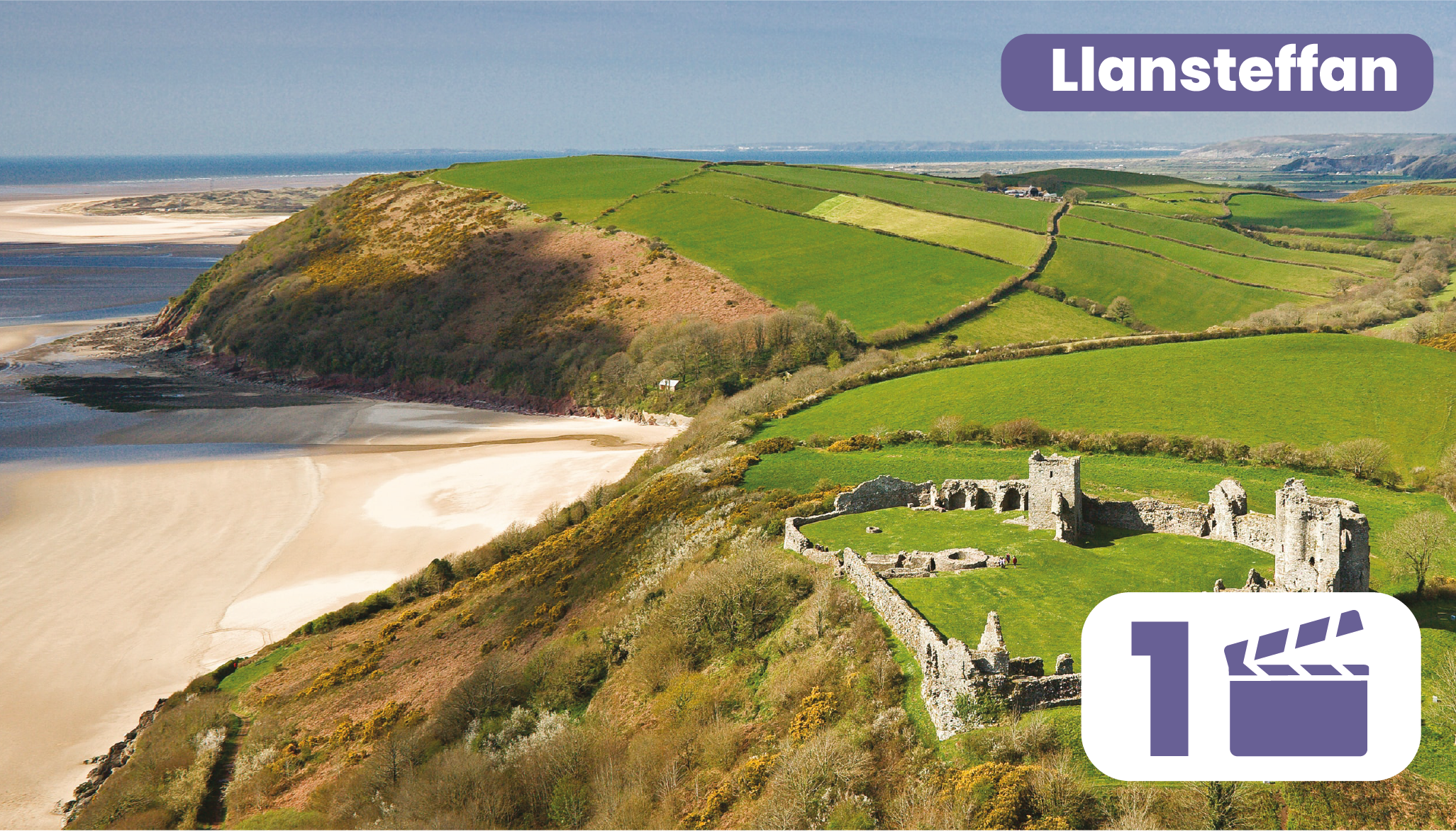 The dome at these gorgeous gardens, designed by Norman Foster and Partners, is the largest single-span glasshouse in the world, and it served as Hydroponics Centre in the Dr Who special called The Waters of Mars. The gardens also have the British Bird of Prey Centre, a tropical Butterfly House, play areas and a national nature reserve, as well as cafes,

Sleep… Check into the Nation Trust’s Home Farm House on the Dinefwr Estate, built in the late 1700s on the advice of famous landscape architect Capability Brown which has all the quirks of a traditional farmhouse with exposed beams, cosy log-burners and rustic wooden floors, near Llandeilo.

And play:  Explore the gardens of course! And then admire splendid views of the surrounding countryside on a walk up to handsome Paxton’s Tower, near Llanarthney, built in honour of Lord Horatio Nelson.

Eat…  Stop by Machynys Bar & Brasserie which overlooks the Nicklaus golf course on Carmarthen Bay with its impressive wrap around deck to take in the fabulous views.

This three part TV series saw a clever adaptation of the Evelyn Waugh with David Suchet and Jack Whitehall filmed at Stradey Castle for a couple of key scenes using the imposing secluded Gothic mansion backdrop to its full potential as well as Gelli Aur Country Park, whose grounds and café are now open to the public and the estate is undergoing an extensive renovation.

Eat… Check out the Secret Garden Cafe, right in the centre of Carmarthen, the perfect pit-stop for a bite to eat and the cakes are home baked!

Sleep… Just 15 minutes outside of Carmarthen if Glangwili Mansion, a luxury B&B on the edge of the Brechfa Forest.

Black Mountain Road: Black Mountain road (A4069) is a famous road that twists, dips and climbs in the western part of the Brecon Beacons National Park. It has unrivalled views beyond its hairpin turns and you’ll want to drive it again and again. Watch out for roaming sheep!  Expect a mix of fast and tight sections, and to-die-for views when you hit the hairpins. This route has become very popular since it was featured on Top Gear back in 2011, and is also known as the ‘Top Gear road’, after Jeremy Clarkson was filmed driving it.

Eat… stop off at Valans in the village of Llandybie for a post-drive meal; offering a varied menu with influences from all over the world. Plus, every single thing on the menu is completely home-made!

Sleep… after an adrenaline-filled day, spend the night at the 300 year-old Cobblers Cottage on the South West edge of Brecon Beacons in Llandyfan. It even offers fully-packed cupboards and a complimentary continental breakfast for the first day.

Play… head to the former hub of West Wales’ mining community Ammanford for boutique shops, horse riding, fishing, cycle trails and the Allt Nant-Y-Ci wildlife preserve, all set against the backdrop of the Black Mountains and the Brecon Beacons National Park. Don’t forget to pop into Instagram-worthy coffee shop and roasters Coaltown Coffee. 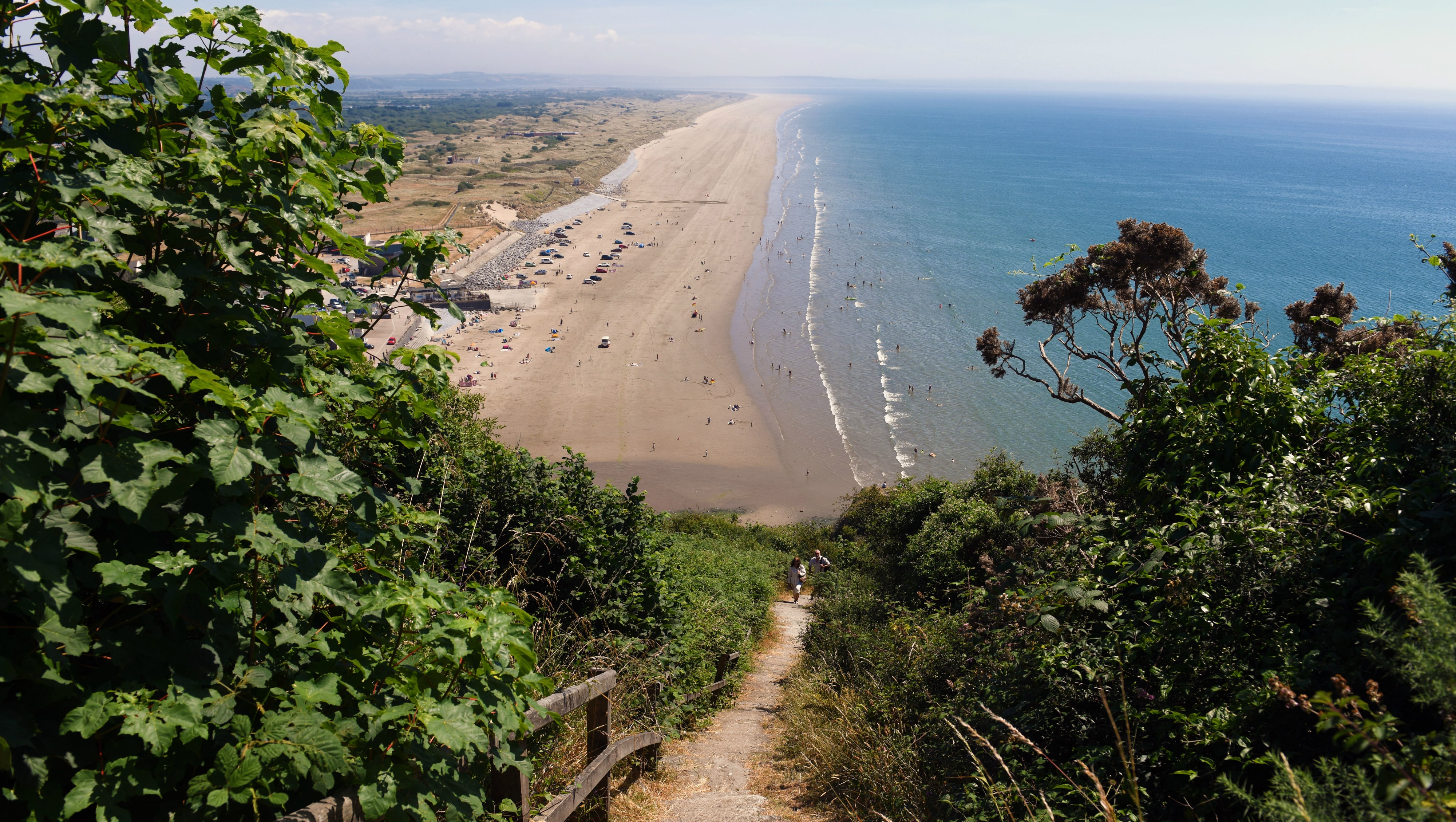 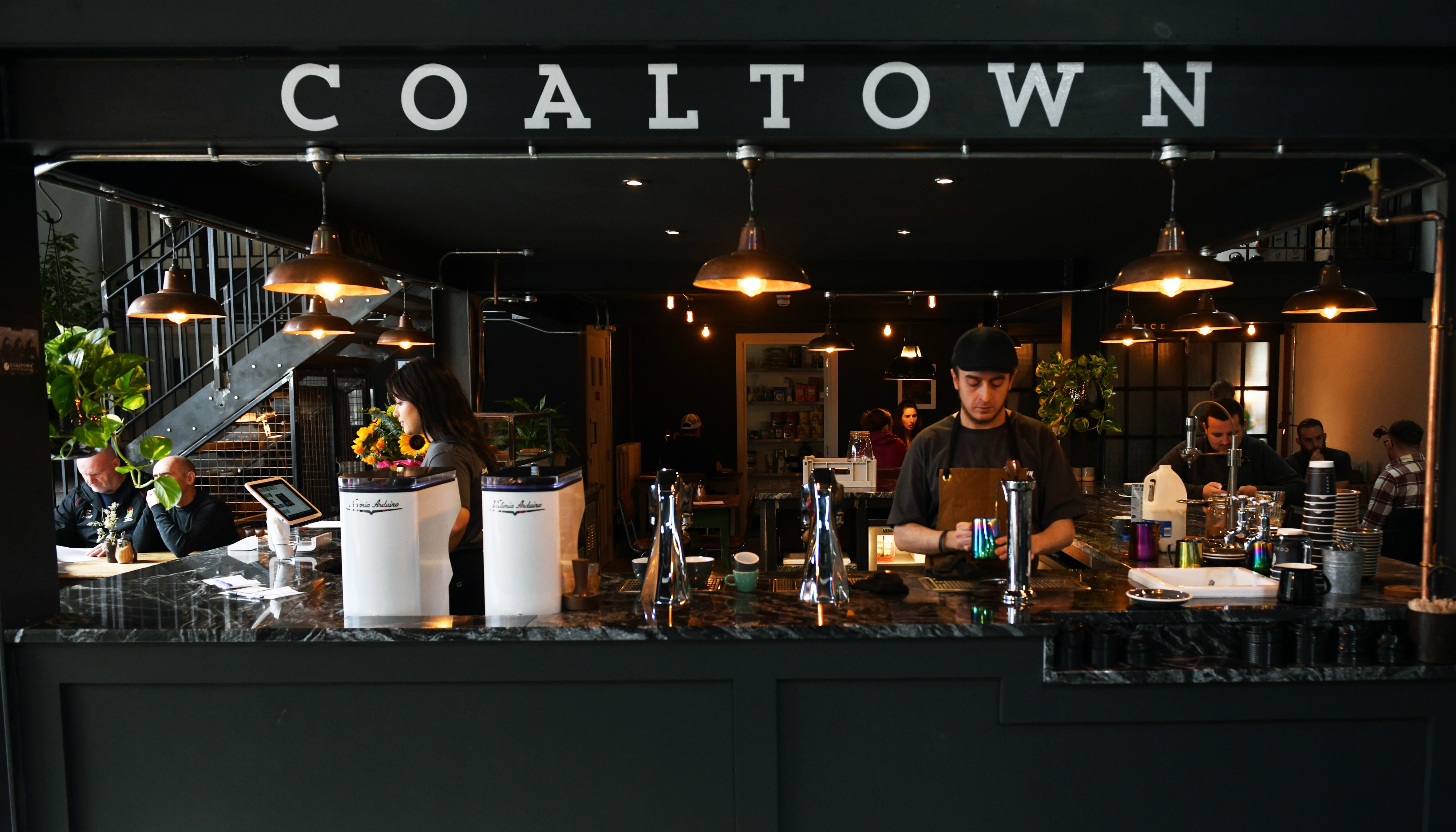 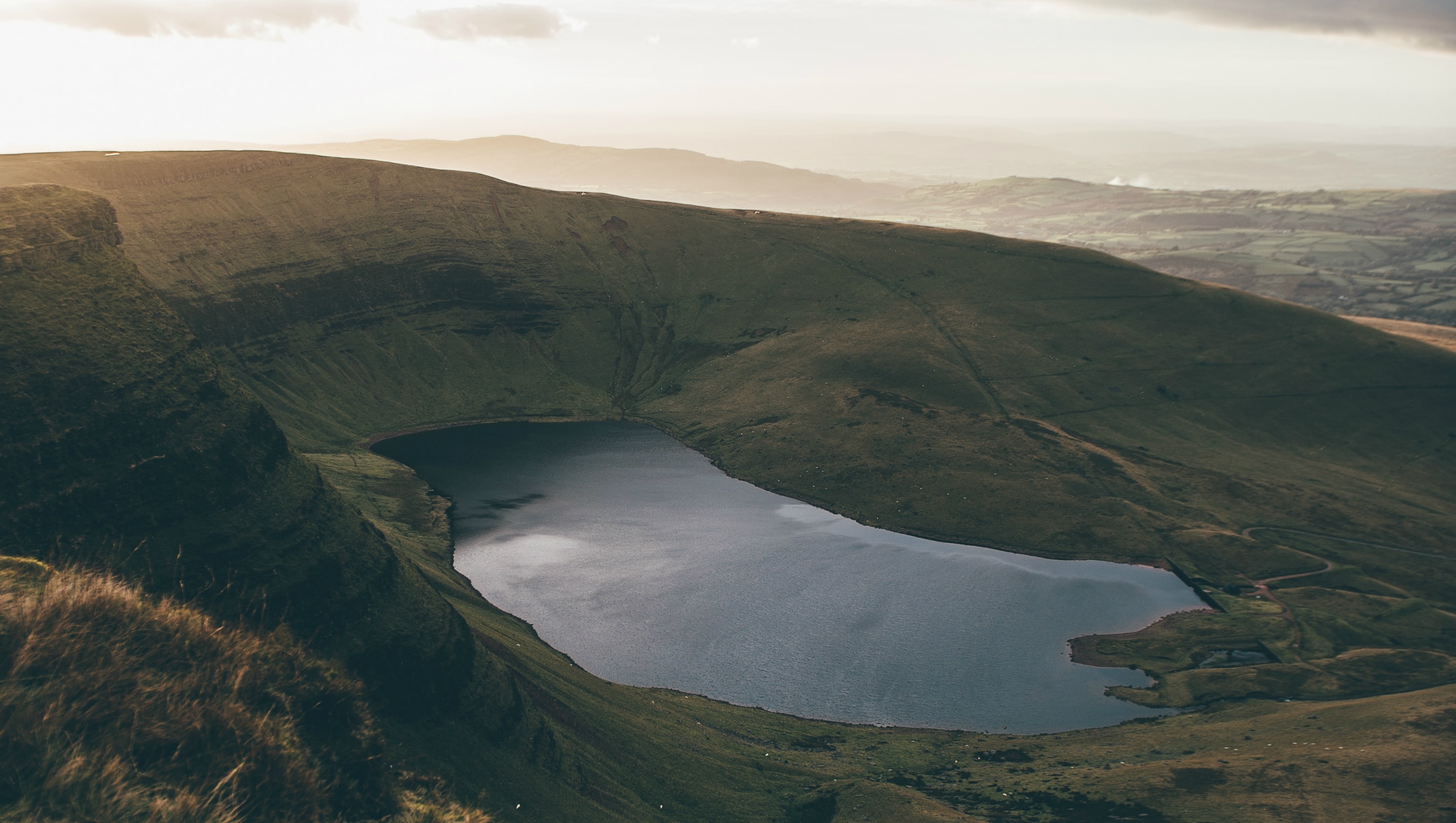 Part of Aberglasney was used for Sept-Tours, fictional family home of the de Clermont family in this brilliant supernatural TV drama. Named as one of the RHS’ top 10 formal gardens in the UK, Aberglasney’s 10-acre grounds feature an Elizabethan Cloister Garden, an award-winning Ninfarium, an indoor garden filled with sub-tropical plants, and tempting tea rooms.

Sleep… Aberglasney has two delightful five-star holiday cottages to rent on site, too,

And play: Nearby pretty Llandeilo is well worth a visit for its range of tempting independent boutiques. 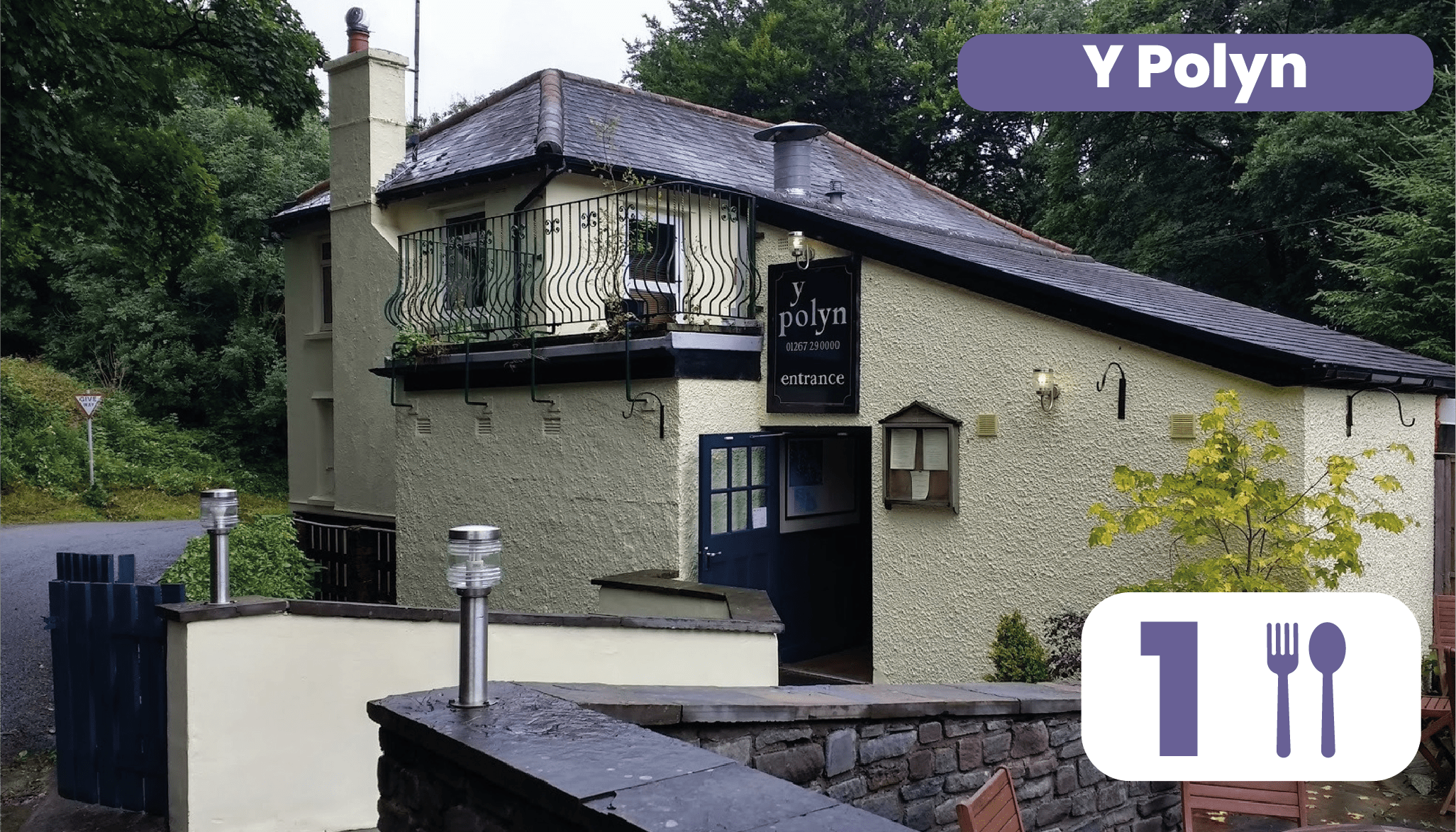 Monty Python and the Holy Grail, 1975

One of the first scenes of this cult film, a hilarious send-up of the legend of King Arthur, features the King (Chapman) and his squire Patsy (Gilliam) approaching a very misty Kidwelly Castle, aka Castell Cydweli, a well-preserved Norman castle overlooking the town and the River Gwendraeth.

Sleep… Stay in nearby Burry Port at Whitfords Café Bar with Rooms.

And play: Walk the Ferryside to Kidwelly section of the Wales Coast Path, 5.25 miles / 8.5 km, which features magnificent views across three river estuaries and over to the Gower Peninsula,

Of course some scenes for this biopic, loosely based on the life of Dylan Thomas, were filmed in Laugharne, the picturesque town where the celebrated writer and his family lived.

Eat… The Ferryman Deli, right in the heart of the town is a cracking place to stop for lunch. Or, try the Penderyn restaurant in Browns (see below) for supper.

And play: Attractions include Thomas’s home, The Boathouse, his Writing

Shed and a two-mile walk commemorating his poem about his 30th birthday.

Not surprisingly, this blockbuster fantasy romance is not the only film in which Llyn Y Fan Fach, or Lake of the Small Hill, Llangadog, a beautiful 20,000-year-old glacial lake, has featured. Watch out for it in King Arthur (2004, starring Clive Owen and Keira Knightley), too. The lake lies within the Brecon Beacons National Park.

Sleep… Check into The Cawdor, with its striking red façade in the centre of the market town of Llandeilo, thecawdor.com

And play: Activities available in the Brecon Beacons including hiking, biking and birdwatching, not forgetting some incredible ‘dark skies’ at night.

Six Minutes to Midnight, expected to be released later in 2019

Gelli Aur Country Park, four miles from Llandeilo, have been the prime locations for this 1930s-set thriller, as well as the picturesque Llansteffan. Dame Judi cooled off during filming with a Welsh Joe’s Ice Cream and went to The Cawdor where she loved the profiteroles.

Eat… The Capel Bach Bistro at The Angel in Llandeilo serves excellent food,

And play: Enjoy Llansteffan’s large, peaceful, soft sand and cockle shell beach, which has benches and picnic tables and is easily accessed from the large car park.

This historical comedy-drama is based on the story of gay activists who helped miners during the lengthy strike of the National Union of Mineworkers in the summer of 1984. Filmed in several Welsh locations, one of most easily recognisable has to be this dramatic castle, built on a hill in around 1277 in the village of Trap, four miles south of Llandeilo.

Sleep…at The Plough in Rhosmaen, just a mile or so outside Llandeilo in the beautiful Towy Valley.

And play: Explore the filming location more fully by hiking one of the scenic walking trails which encircle the castle.