A ride up through the fantastic Upper Towy valley

Follow the minor road to Rhandirmwyn, continuing for another 2km, then turn left and onto a sharp downhill, signposted Cilycwm. Continue over the bridge, then turn left at the t-junction, signposted Cilycwm. Pass through Cilycwm village and after 1km, turn off (straight ahead) as the road bends around a large oak tree (unsigned). Follow the minor road for a few kilometres to a t-junction, turning left and continue over Dolauhirion bridge to a t-junction immediately after. Turn right and follow back to Llandovery.

At the cross roads head straight over the A483 onto Stone Street. Follow to the bottom, then at the T-junction turn right. After 100 metres turn left into the car park to finish.

For all cyclists around Llandovery, this route heading north and following the stretch of the Towy up is something of a staple. It takes in quieter country roads, away from the bustle of the arterial roads that pass through the town and into pure countryside.

The route in different forms has formed cycle route, triathlon courses and a section on endless sportive and Audax cycling events. From Llandovery the start is gentle, heading upstream with no hills for several kilometres, meaning a chance to get warmed up. The route passes over Dolauhirion, a beautiful stone bridge, which could make a nice, if very short loop in itself. Carrying on North the Towy is not easy to spot, despite being always just a few metres away until after Pont Newydd, another stone hump bridge that the route passes alongside.

From this point the river can be seen occasionally and it also marks the start of some climbing as you head closer to Rhandirmwyn. Thankfully not too steep, but the climb is gradual for a few kilometres and the views from the higher points are worth the effort. From this high point it is a fast ride through the trees with a final speedy dip into Rhandirmwyn. The village is mostly nestled away, either below or above the road and marks the final village or hamlet on the upper Towy valley.

From Rhandirmwyn a few easy kilometres follow to the junction where the road starts to head back. Continuing on will take you up to Llyn Brianne, with a challenging climb up to the dam and slipway for those that attempt it. For this route however the road turns to cross the Towy for the first time at the local pub simply called the Towy Bridge.

The road rolls with a few uphill pitches that will mean a little effort is needed, past the forest of Cwm Rhaeadr, which is a well known and popular spot for both Mountain Bikers and walkers and on through Cilycwm. After passing through Cilycwm the route turns off, going straight and shortly after into the trees overlooking the Towy immediately below. After exiting the tree-lined section and joining a wider road it crosses back over Dolauhirion bridge and then turns right with just the final flying few kilometres of easy riding back to the town to finish. 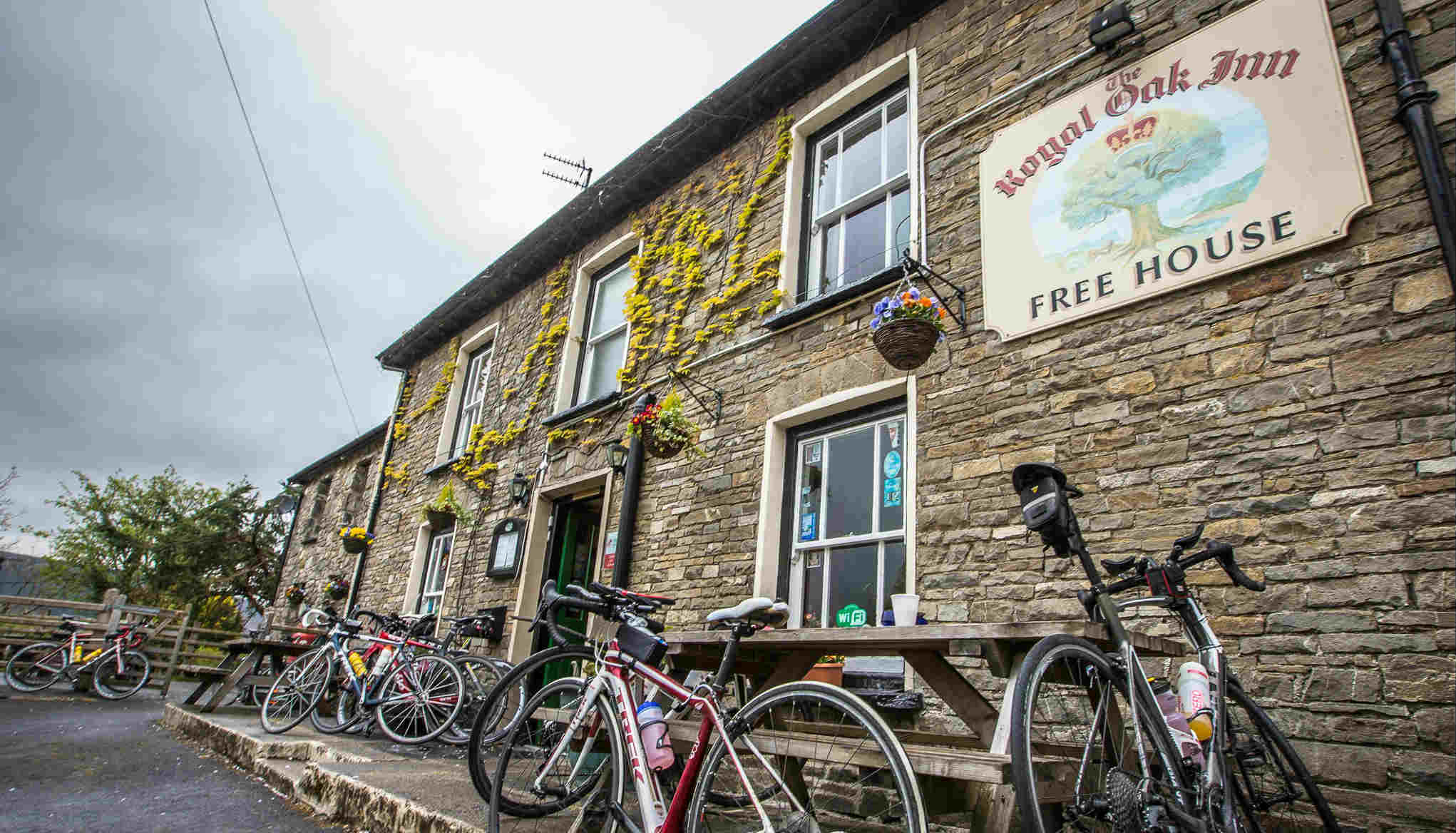 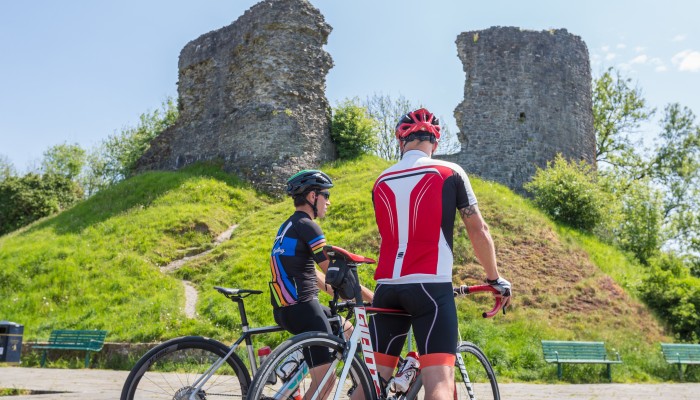 Rhandirmwyn –Beautiful village high up in the Towy Valley

Phone Box Hill – The only significant climb on the route, its name taken from the fact there is an