The town of Llandovery owes its origin to its position at an important bridging point on the River Tywi. This was recognised by the Romans who established a fort, and later by the Normans whose ruined castle can still be seen.

It became an important assembly point for the drovers with their Welsh Black cattle before beginning their long trek to the border and the English markets beyond. Today, it is still an important market centre retaining much of the character and attractiveness of the 18th and 19th century market town. Its rural setting forms an attractive base for visitors wishing to explore the delights of the Brecon Beacons National Park or the hills around Pumpsaint, Rhandirmwyn and Llyn Brianne.

The River Tywi which has its origins high in the hills beyond Rhandirmwyn (now intercepted by the Llyn Brianne Dam), flows some 112 km (70 miles) to the coast at Carmarthen Bay. Centuries of winter flooding have built up an alluvial soil in the valley bottom, producing the lush grass which supports the County’s dairy industry.

It is well worth the visitor exploring the streets of the town and its many fine buildings and characterful shops, cafes and craft outlets. 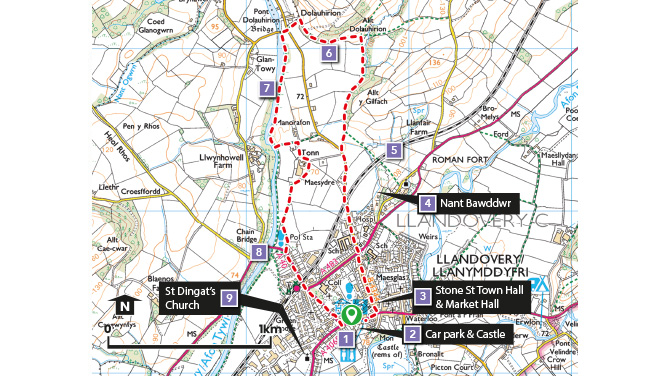 Llandovery is one of Carmarthenshire’s honeypots attracting devotees of the great outdoors from far and wide. The town is a popular meeting place for cyclists, walkers, canoeists and motorbike enthusiasts who appreciate the charm of the town and the surrounding countryside.

This is a relatively easy walk over flat ground which most walkers will manage comfortably. Sections of the walk cross fields so outdoor footwear is recommended.

Starting point - From the main Car Park in Llandovery near the Castle.

1. Llandovery Town
The town owes its origin to its position as an important bridging point on the river Tywi. This was recognised by the Romans who established a fort and by the Normans who built the castle. The town has a long history as a market town and the large number of public houses in the town are its inheritance from droving days.

2. Llandovery Castle
The Castle has a history both as a Norman and a Welsh stronghold, the round tower or keep, still remains along with a shell wall of 13th century date. A small stream, the Dyfri, was diverted to form a water-filled ditch around the castle.

3. Stone Street
The Town Hall was built in 1858, with the Council Chamber above an open arcaded market. The former Market Hall, built a decade earlier, is surmounted by the Town Clock. There was a long tradition of clockmaking in the town, of both the mechanisms and the cases.

4. Nant Bawddwr
Llandovery takes its name from the least significant of all the rivers which encircle it. It once served as an open sewer - no wonder it was called Bawddwr dirty water, or Foulbrook. In 1836 it was put into an arched culvert and the streets paved over.

5. Central Wales Railway Line
Llandovery was an important coaching centre on the turnpike road from London (now the A40). When the railway reached Llandovery in 1858 it dealt a death blow to the drover’s trade and mail coaches.

6. Roman Fort and Roman Road
The footpath follows a section of the Roman Road which headed north-west towards the next fort at Pumsaint, which guarded the Roman gold mines.

7. The River Tywi
At 120Km long (75 miles) the Tywi is the longest river entirely in Wales. It is famed for its Sea Trout (local name Sewin) and Salmon fishing. Its origins are high in the Cambrian Mountains, from there it winds its way through steep sided valleys down to a wide flood plain. Centuries of winter flooding have built up an alluvial soil in the valley bottom, producing the lush grass which supports the County’s dairy industry. The river flows into Carmarthen Bay meeting the sea at Llansteffan.

9. St. Dingat's Church
The nave and chancel are probably of 13th century date. The tower is probably 15th century. The dedication suggests an early, pre-Norman cemetery. Dingat was one of the sons of Brychan, the 6th century chieftain of Irish origin, who founded his own sub-kingdom of Brycheiniog. 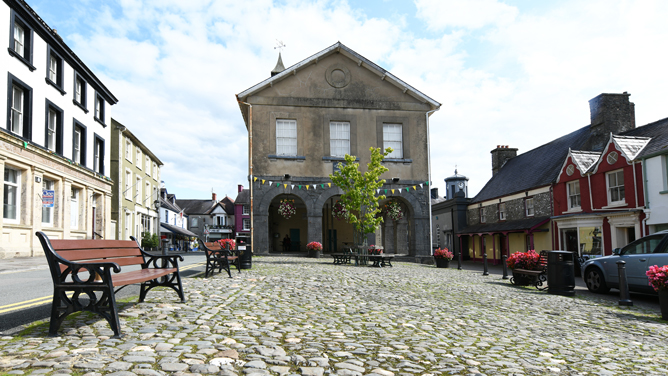 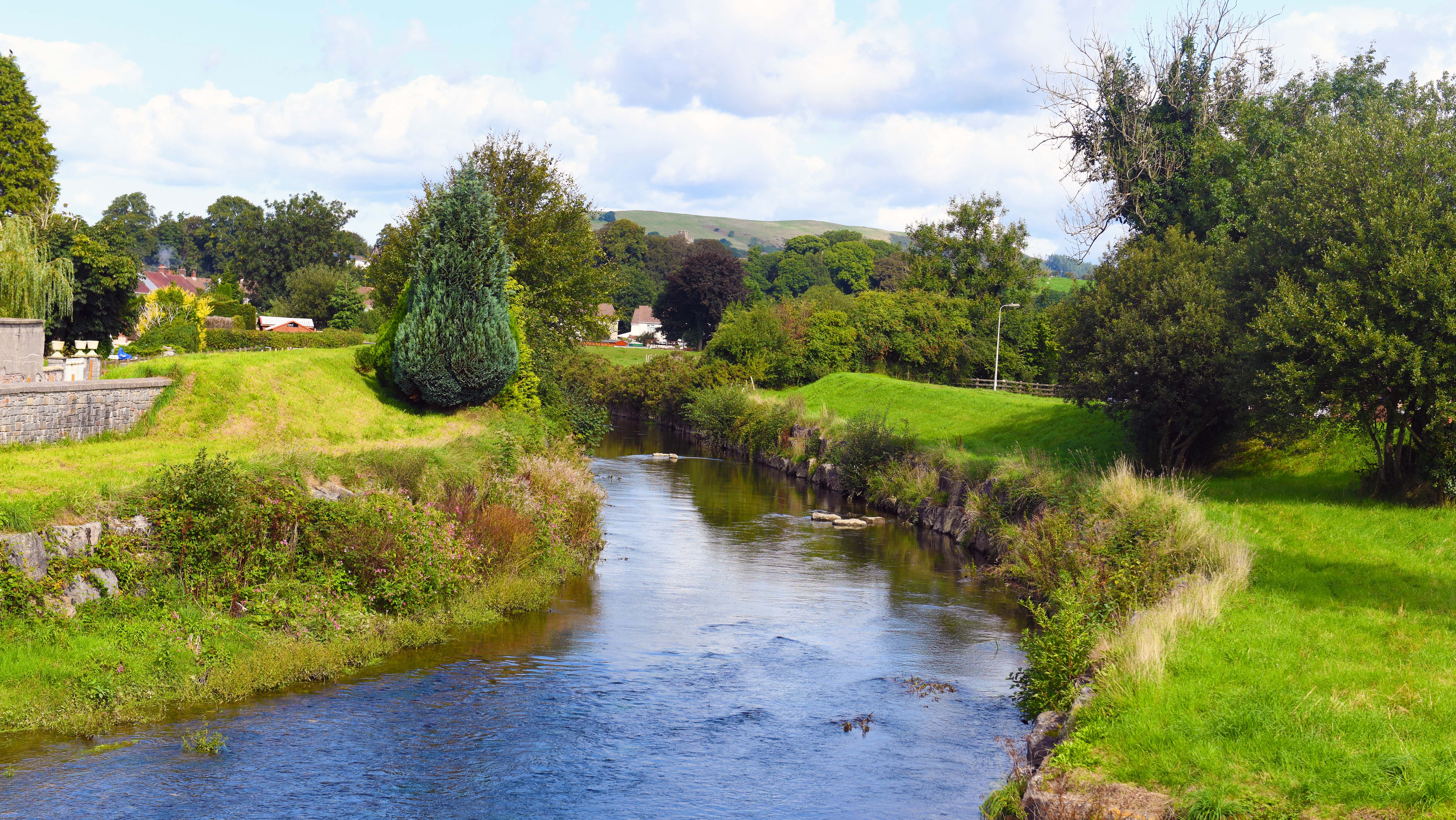 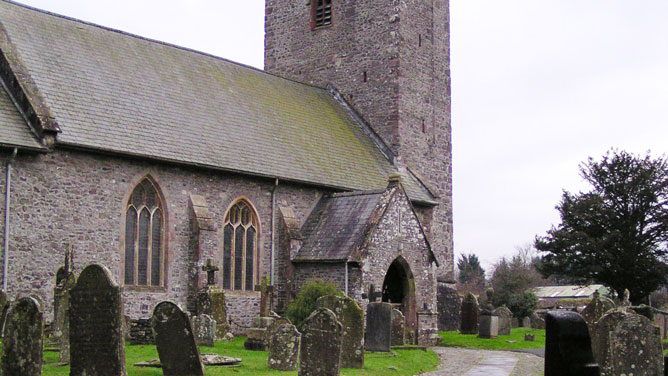