The charming villages of Cil-y-cwm and Rhandir-mwyn nestle in the upper reaches of the Towy River valley, an area of spotless beauty untouched by the ravages of industry. A wealth of habitats supports an outstanding array of plant and animal life, especially bird life. The area boasts a National Nature Reserve (Allt Rhyd y Groes wood), a Special Area for Conservation, (Mynydd Mallaen, an extensive area of upland heath) and one of the RSPB’s most beautiful bird reserves, (Dinas) and yet it remains one of Carmarthenshires best kept secrets.

Communities have settled in the area for at least 5000 years. Burial cairns and standing stones raised by Bronze Age people survive on local hills, and there are also several Iron Age hillforts. Roman legions marched through this area – the Roman road between their fort at Llandovery and the gold mines at Pumsaint passes just south of Cil-y-cwm village.

In medieval times, the commote of Mallaen, which includes the Cil-y-cwm area, was an important estate of the Princes of Deheubarth, who often used the mountains of the area as a refuge during the wars with the Anglo-Norman invaders during the 12th and 13th centuries. By the 14th century, the woods of Mallaen were being used for pig rearing, and the local population paid their taxes to the lord of the manor in the form of oats, lambs, and pigs.

From the 16th century onwards, there was an increase in the breeding of livestock in Wales and the droving trade developed to export the animals to the large towns and cities of England. Cil-y-cwm was an important point on one of the main droving routes to the east. The cobbled gutters, still visible along the main street, were used to feed animals gathered here, and are important surviving evidence of the trade.

The leaders of the Methodist revival during the 18th century, such as Howel Harries, often visited Cil-y-cwm. Daniel Rowlands bought the land on which the Methodist Chapel was built and the great hymn writer and preacher William Williams Pantycelyn was closely associated with the cause.

Since prehistoric times, farming has been the backbone of the local community and has greatly influenced its character. In recent centuries, great mansions and large estates, such as Neuadd Fawr, have come and gone, but the pastoral farming traditions of the area have remained strong. 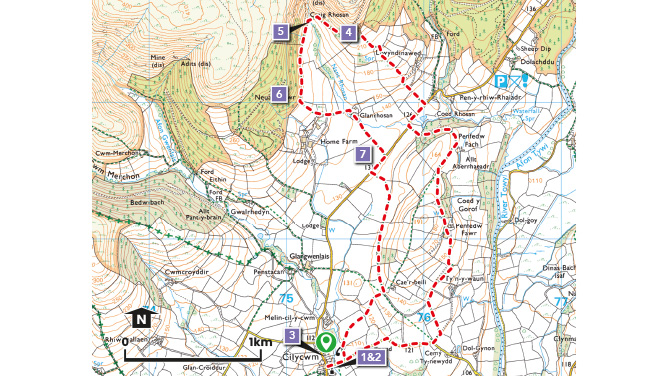 Cilycwm nestles in one of Carmarthenshire’s most beautiful valleys, unspoilt by industry, it is tucked away at the edge of the County and often overlooked by visitors.

Starting point - In the village of Cilycwm.

Refreshments - Cilycwm has a village pub. Llandovery is the nearest town with all amenities.

A visit to this area is an absolute must for any birdwatcher. The widely varied habitats of ancient Oak woodland, plantation woodland, rivers, upland heath and agricultural land provide ideal habitats for a wide variety of resident and migratory birds. One of the world’s longest running conservation projects helped to bring the Red Kite back from the brink of extinction in Great Britain. A visitor to the area today would be unlucky not to see one. Other specialities in the area include Crossbill, Peregrine, Raven, Pied Flycatcher, Wood Warbler and Redstart. The upland heath supports populations of Golden Plover, Ring Ouzel and Merlin. The rivers and streams are frequented by Dipper, Grey Wagtail, Common Sandpiper and the occasional Goosander.

1 & 2. The village church is early medieval, thought to date back to the late thirteenth century and has fascinating wall paintings. Hidden behind the church overlooking the river Gwenlais is Ysgoldy Fach, an old 18th century schoolhouse. Close by is the pretty Capel Y Groes Independent Chapel.

3. The village was once an important stopping off place on a drover’s route. The Cobbled gutters at the side of the road were once used to feed livestock on their long eastward journey to market.

4. The up-hill climb is rewarded by marvellous views of some of the finest landscape in Wales.

5. Fine Views of the cascading waters of Craig Rhossan waterfall, gets even better during heavy rain!

6. The valley has substantial areas of woodland cover with a very varied mix of tree types and ages which in turn provide an important mix of habitats for wildlife. Some of the woods are relatively modern plantations made up of Spruce, Larch, and Fir trees which are felled on a regular rotation, whilst many of the steeper hillsides are cloaked in ancient Sessile Oak woodland of a very different character. Many of the plantation woods are managed by Natural Resources Wales and are Open Access Land where the public a is free to roam.

7. The derelict mansion of Neuadd Fawr stands to the north-west of the of this point, and can be seen beyond the large fields of the estate parkland the lie alongside the road. 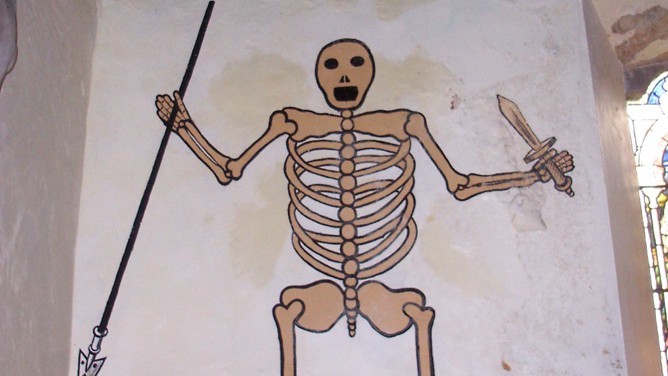 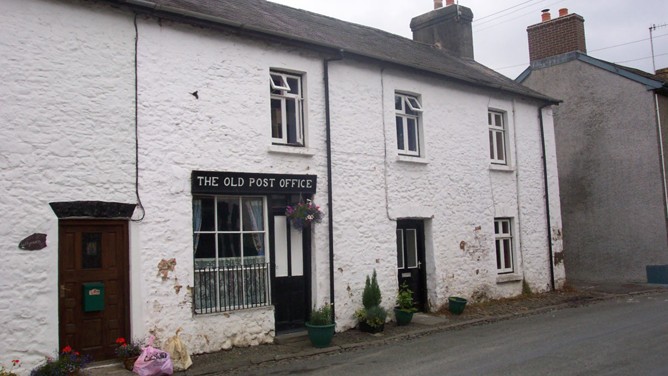