The famously beautiful countryside and coast of Carmarthenshire have been highly prized through history and fiercely fought for. A thousand years of turbulent history and upheaval explain, no doubt, why an unrivalled number of Castles were built to defend this treasured land. Of the eight castles featured, favourites are hard to choose. Some are accessible even at a day’s end for a pleasant evening picnic. 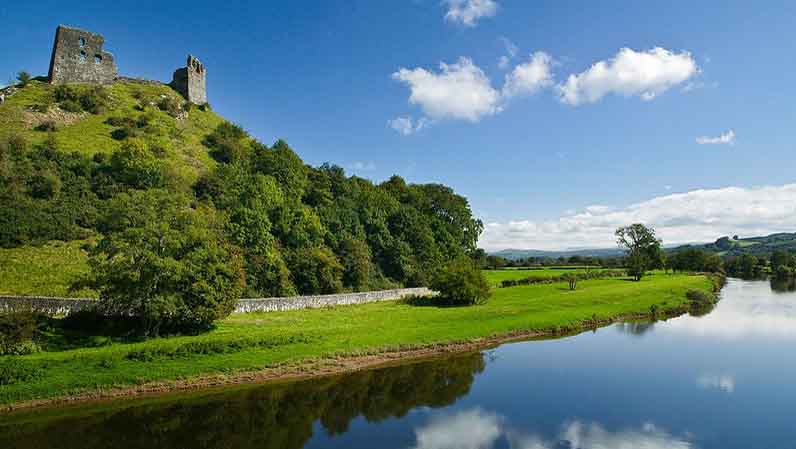 Dryslwyn Castle not only occupies a place of great affection in the minds and traditions of the Welsh people but also majestic hilltop locations above the Tywi valley. The site is forever associated with the princes of Deheubarth, the kingdom in south-west Wales 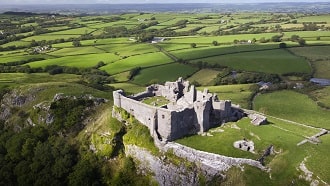 A visit to Carreg Cennen is an adventure not least for the sight of the breathtaking 325ft cliff on which the castle is perched and the dramatic trek through the passageway cut into the cliff-face, which leads to a natural cave beneath the fortifications. 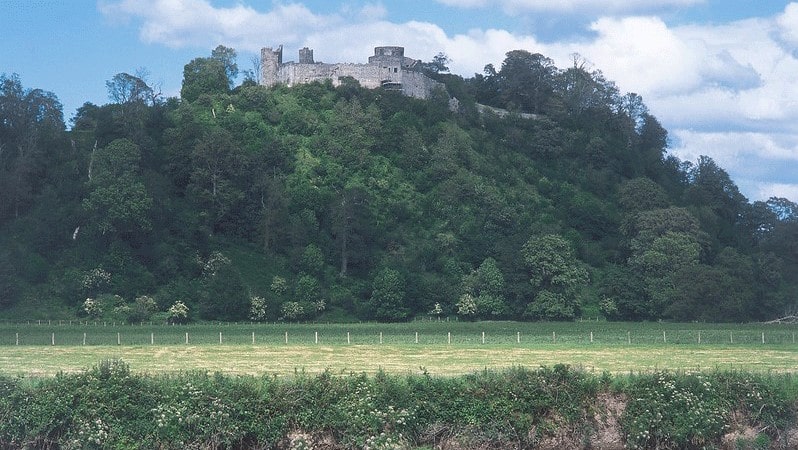 Dinefwr castle,a native Welsh castle which was the principal stronghold of the princes of Deheubarth. It is one of the most important historical and cultural sites in Wales. The castle is surrounded by 800 acres of spectacular parkland owned by National Trust.

One of the most impressive and complete medieval castles in the whole of the UK, established as a huge earthwork in the early twelfth century. The stone castle was first raised by the de Chaworths, and was much modified later by the earls of Lancaster.

Established in the early twelfth century as an earthwork castle, it was rebuilt in stone by the Anglo-Norman de Brian family during the late thirteenth and early fourteenth centuries. Sir John Perrot later transformed it into a Tudor mansion in the sixteenth century. 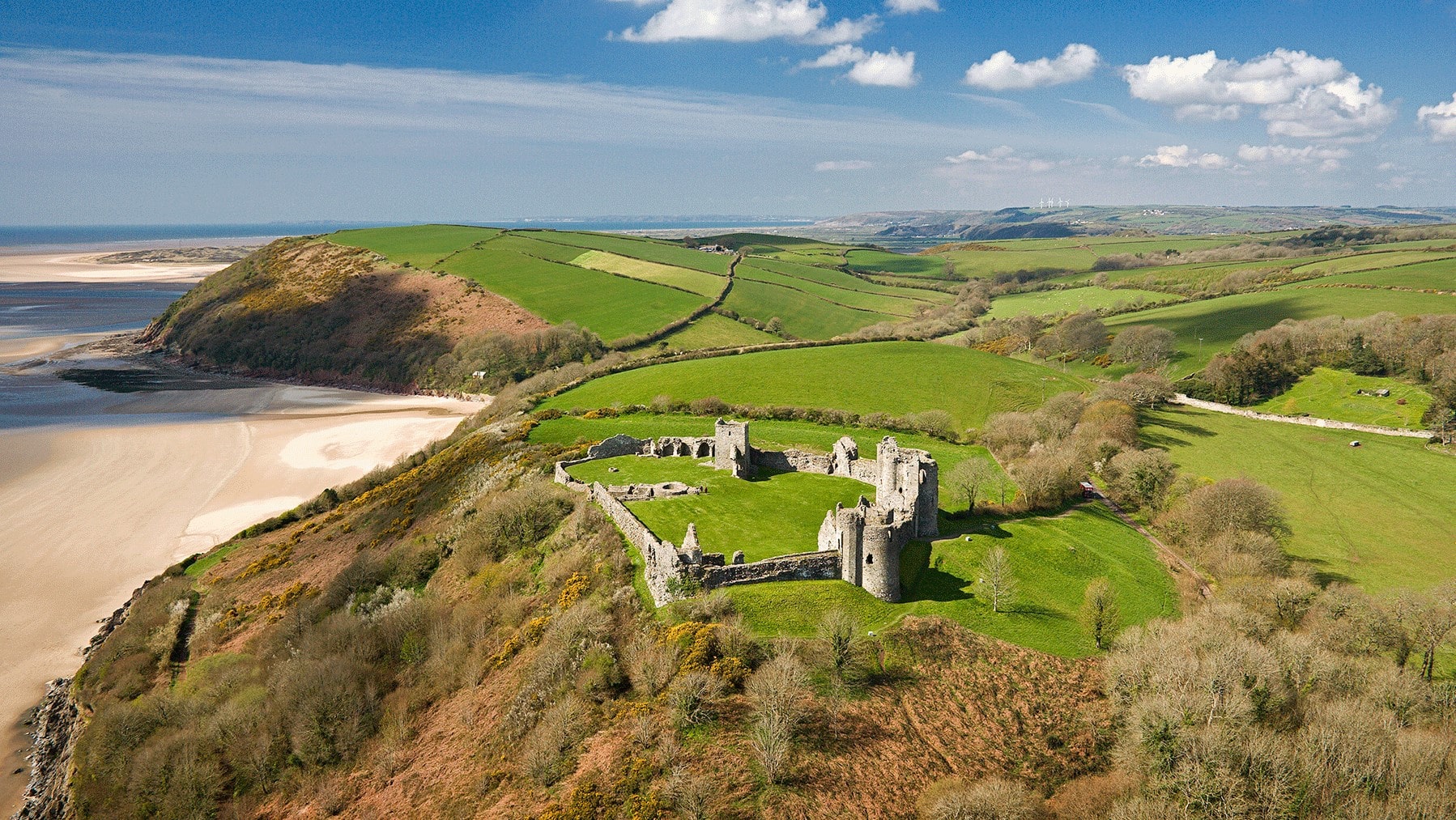 The remains of this once, imposing castle, commands the entrance of the River Tywi. The castle was established in the earlier twelfth century within the site of an Iron Age promontory fort. Rebuilt in stone, and held by the de Camvilles for much of the Middle Ages. 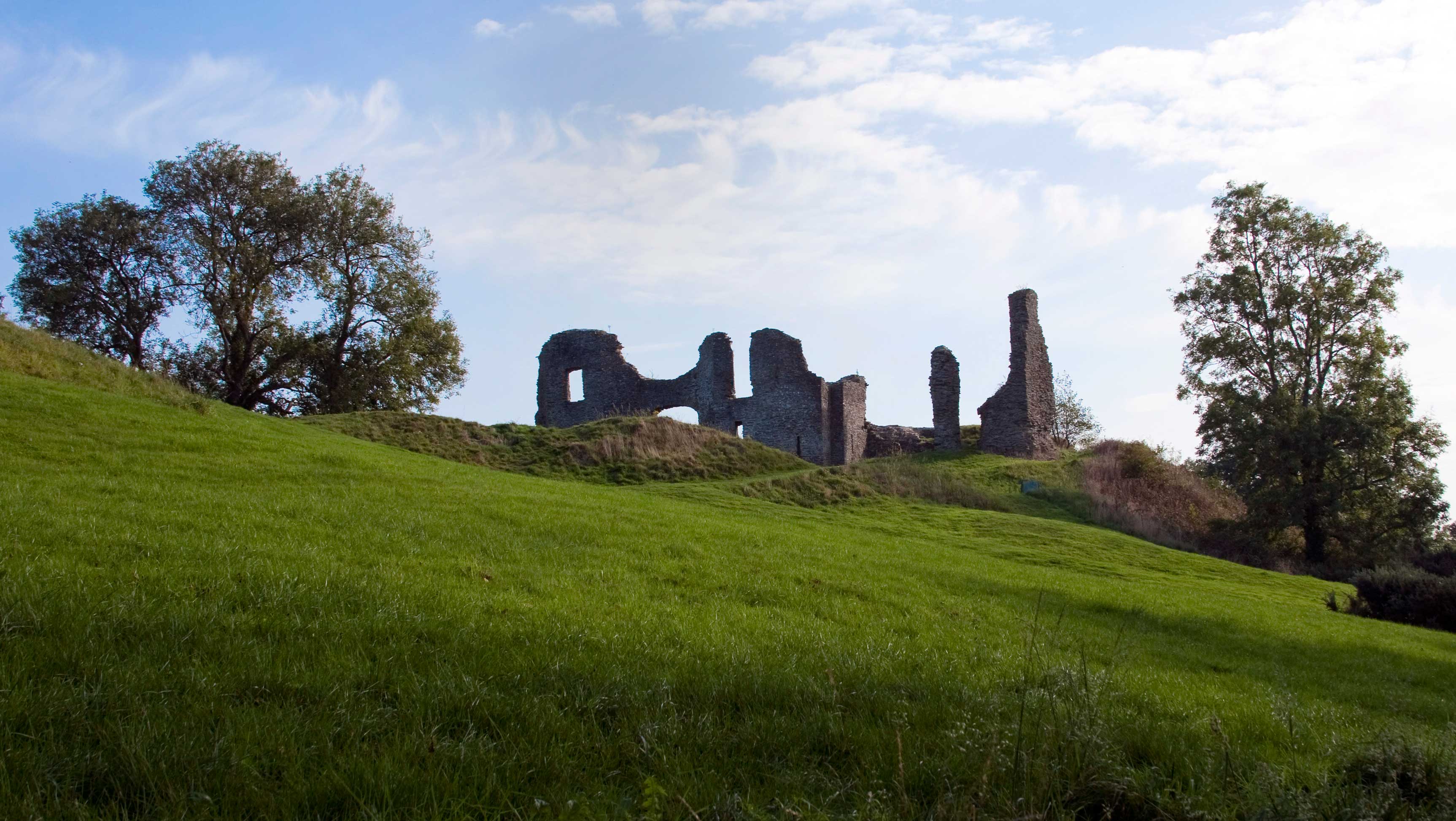 The ruins hark back to a time when Norman lords and Welsh Princes vied for supremacy in this corner of Wales. The ruins are on a picturesque, grassy site overlooking a loop on the Teifi river. Sir Rhys ap Thomas, friend of Tudor King Henry VII, once occupied the castle.

Once one of the largest castles in Wales and the centre of Norman government in medieval south and west Wales. It was built by King Henry 1, as a Motte-and-bailey castle with timber defences, and converted to a stone fortress during the 13th century.

Other Heritage sites worth a visit in the county are Talley Abbey , founded for Premonstratensian order by the Lord Rhys between 1184 and 1189. The lakes are tranquil, the surrounding landscape lush. Llandovery Castle, where on the castle mound features a magnificent statue to the Welsh Braveheart, Llewelyn ap Gruffydd Fychan. Under the care of the National Trust, Paxton’s Tower is a ‘folly’ in that it is younger than it looks. This Gothic eye-catcher was built on the Middelton Estate between 1808-1815 and dedicated to Lord Nelson. Worth a visit for the stunning views of the Tywi Valley. 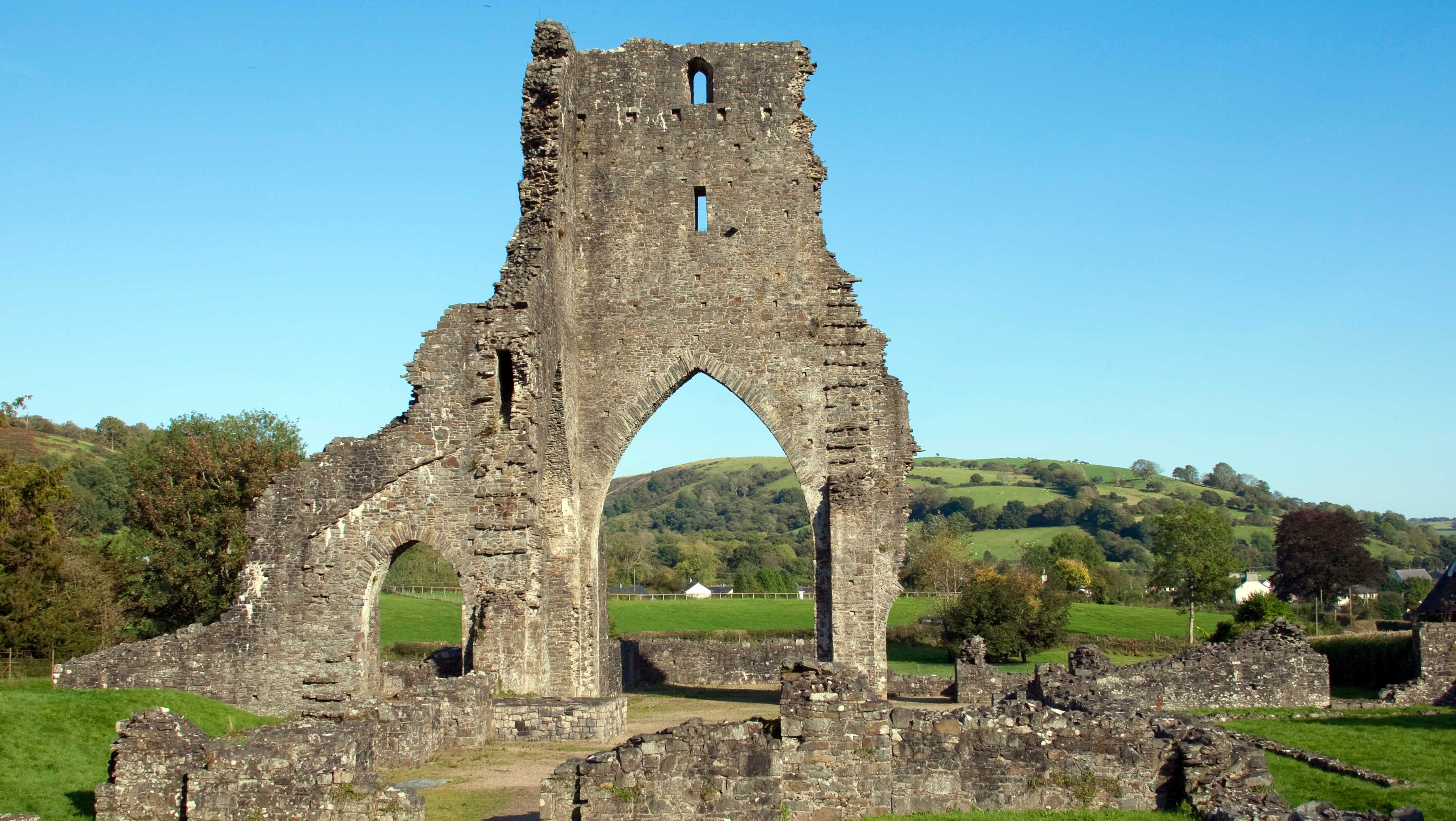 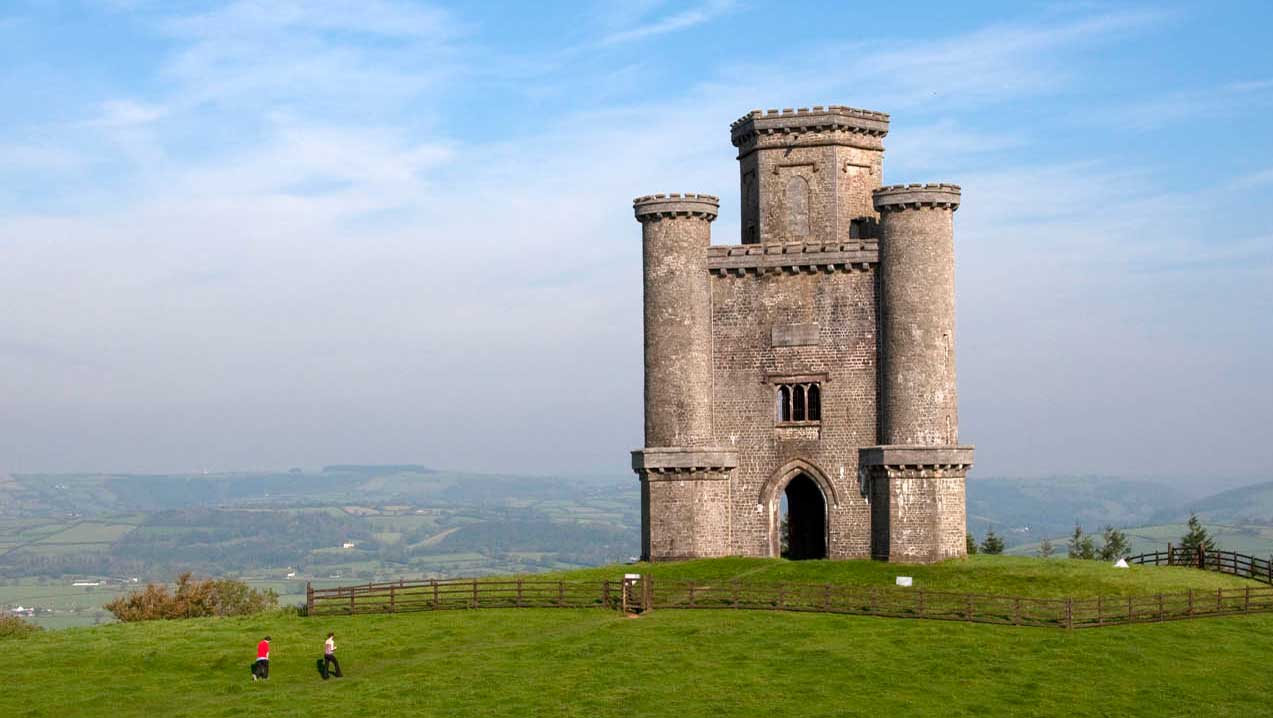 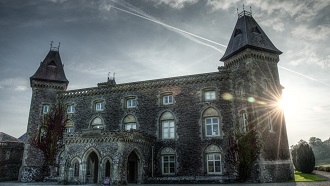 A 17th century house with a Victorian façade, it sits in the grounds of Dinefwr Park and Castle. Owned by the National Trust, it now gives visitors a ‘hands-on’ experience of what the world was like in 1912. George and Cecil Rice designed the superb 18th century landscape. 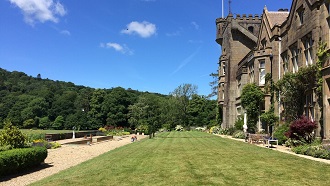 This stately mid-Victorian mansion is an undiscovered gem. But the odds are you’ve seen parts of it already, as it has been used as a location for many TV and film productions. Now being lovingly restored by Patrick Mansel Lewis, whose family have been there 200 years. 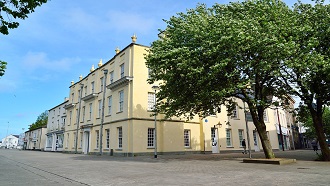 Step back in time to 1714 with Lord & Lady Stepney with a guided tour. See how the Georgians lived, hear how the Stepney family shaped the town of Llanelli and hear about the scandalous ‘upstairs downstairs’ tales that haunt the house today. 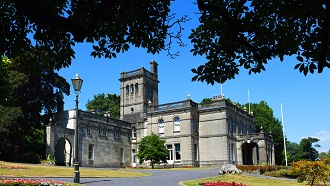 You can explore Llanelli’s past and a collection of ‘Llanelly Pottery’ in this historic house set in a delightful 24-acre park. The house was built in 1885 by the Buckleys, a famous Llanelli brewing dynasty. It was given to Llanelli in 1912 by the Stepney family.