From Llandovery Car Park exit onto the A40 and follow for a 300 metres, then turn right (before the level crossing) onto the A483, signposted Builth Wells. After 300 metres turn left, signposted Llyn Brianne.

Follow this road through Rhandirmwyn and onwards around Llyn Brianne. As you come towards the end of the reservoir section, bear left and cross the bridge signposted Tregaron / Soar Y Mynydd. Follow for 8km where you meet another main road near an empty former phone box and bear left. Follow over Cwm Berwen to Tregaron. In Tregaron at the t-junction turn left and follow the B4343 / Sustrans Route 82 for 17km passing through many smaller villages to Cwmann.

At the t-junction turn left onto the A482 and follow for 700 metres. After crossing a Zebra crossing turn left onto a minor road and follow it uphill for just over 1.5km and then turn right (unsigned). Follow this for 2km to a t-junction and turn left, back onto the A482. Follow the road through the village of Pumpsaint. Continue for 6km after Pumpsaint which includes one long climb. As the road starts to descent, turn left signposted Porthyrhyd. Once on the minor road follow through the villages of Porthyrhyd and Siloh then down a long and fast descent. At the bottom the road goes over a narrow humped stone bridge to a t-junction. Turn right here and follow back to Llandovery.

As you leave Llandovery there is adventure in every direction, but if you want wilderness and quiet, roads then you need to head North. Of all the cycling routes from Llandovery this one has the most climbing, so be warned. From the start it heads onto quieter roads from the start and into the upper Towy valley, tracing the route of the river as it heads upstream. Although the roads and hilly from the start, the first 10km is relatively easy compared to what comes later and it is after the town of Rhandirmwyn that the fun really begins.

Shortly after the gradient becomes more constant, gaining height as the road climbs up towards Llyn Brianne. To view the dam and slipway it is a very short extra section and worth doing for the viewpoint both into the reservoir and down the slipway to the hydro plant at the base. Back onto the route the climb continues and the road starts to twist as it follows the edge of the reservoir. It would not be strange to not see another vehicle for the 15-20km distance of the road as it weaves around.

This area of Wales is particularly sparsely populated with just a handful of farms and houses between Rhandirmwyn and the next town of Tregaron. Several notable features along the route include what was Britain's most remote phone box, although now sadly empty but still in place. A long downhill to the town of Tregaron is fun with views to the sea beyond if the weather is good.

From Tregaron the route heads West and tracks another long Welsh river, the Teifi. A river known for its fish it enters the sea in Cardigan and is one of the longest rivers in Wales. The road that tracks the river is undulating but compared to the road around Llyn Brianne is almost easy. Reaching the village of Cwmann a brief section of A road before heading off onto a minor road to bypass the busier section of road. Rejoining on a high point, known as Tafarn Jem. The views from here to the Brecon Beacons on a clear day are fantastic.

The route is fast to the town of Pumpsaint and then one final climb follows and given the distance and climbing already done is likely to be a tough one but the road back to Llandovery from the top is an enjoyable one as it soon turns back onto a minor road, through Porthyrhyd then Siloh before the final fast descent back to the outskirts of the town. 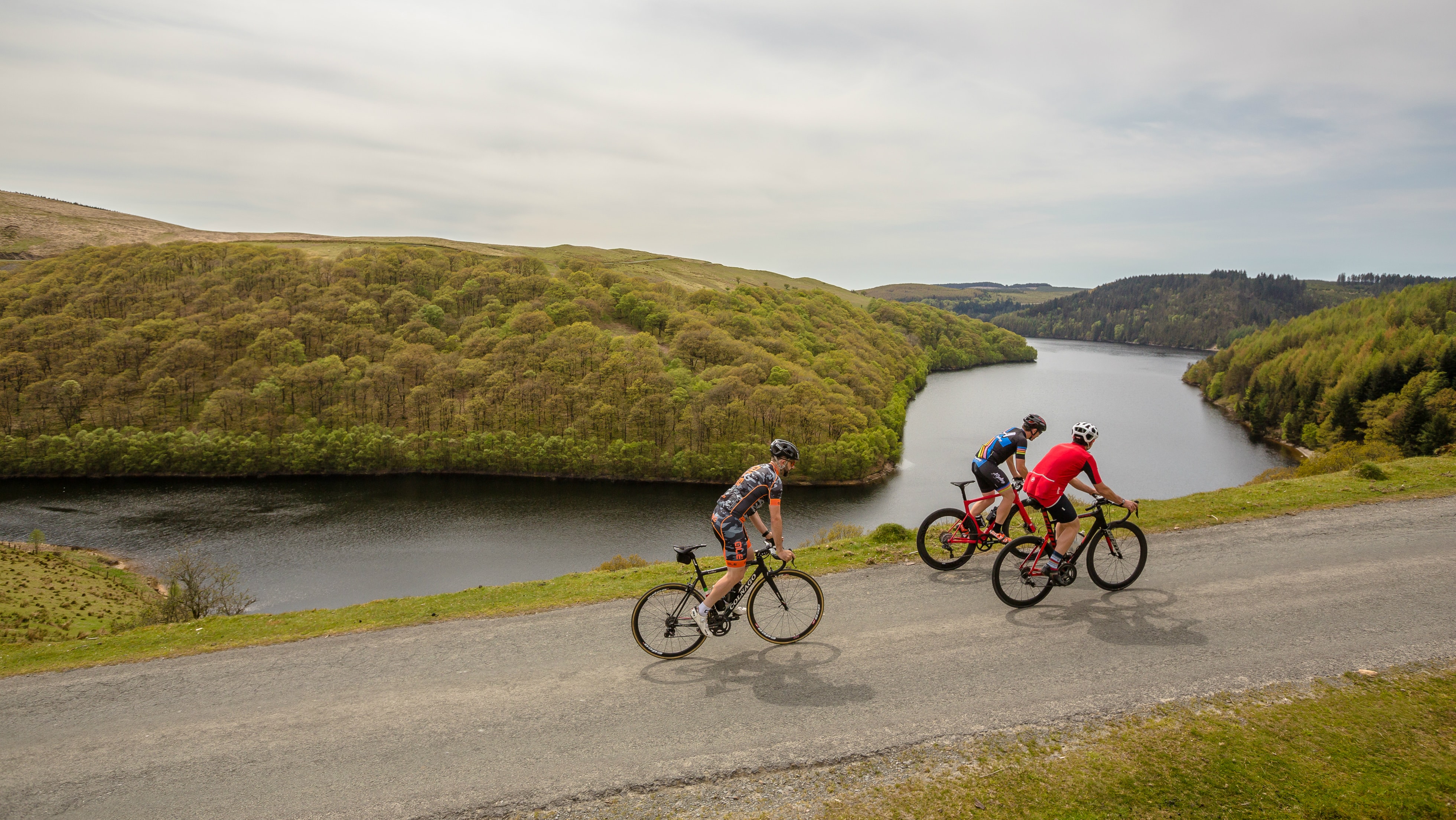 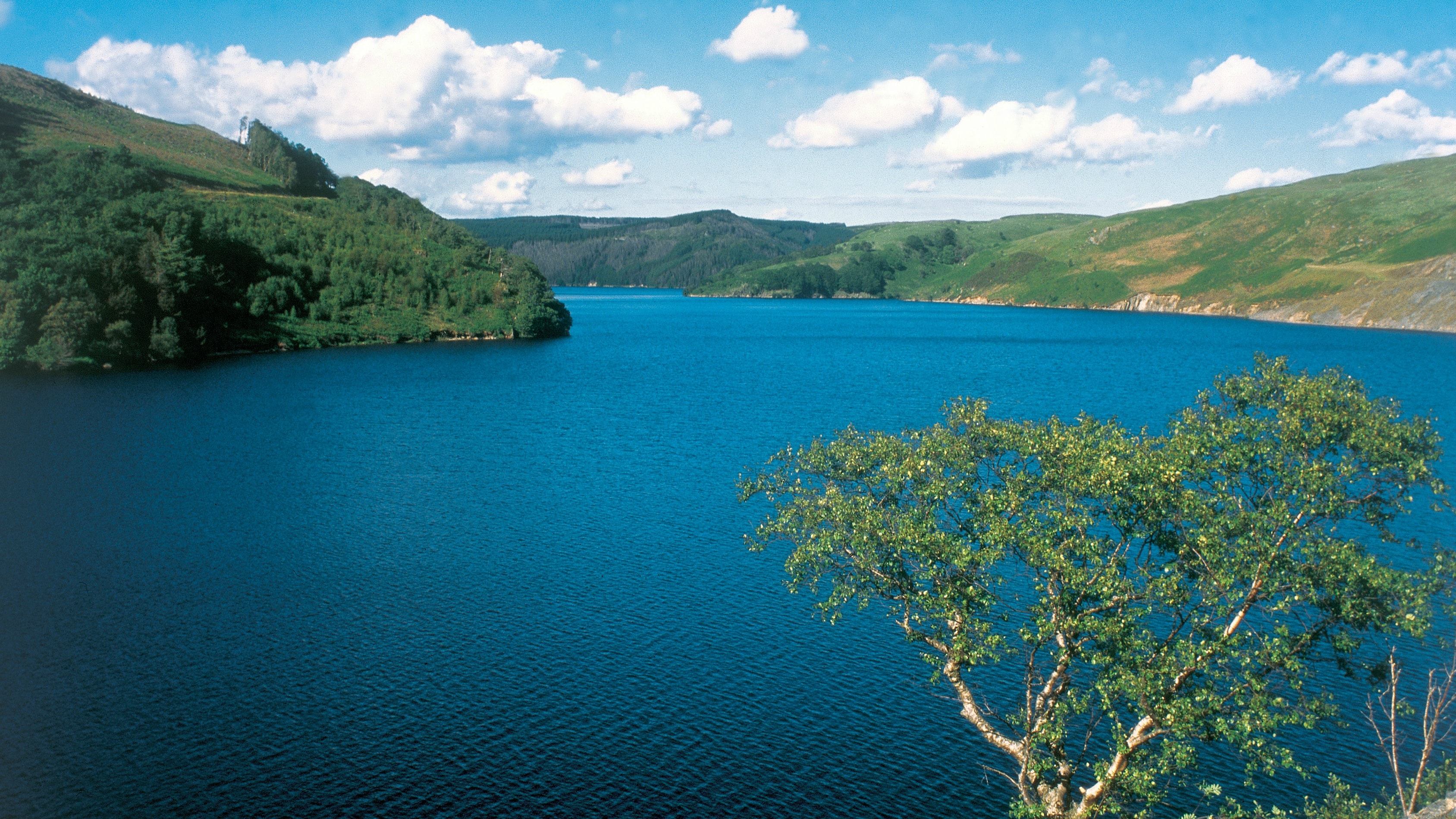