Peaceful villages sat alongside the River Taf, but don’t be fooled as it’s rich history does not always mirror the peaceful beauty on offer today. St Clears was once home to a Norman castle and was involved in the Rebecca Riots.

Formerly an important town and inland port on the Taf, governed in its heyday by a corporation and portreeve, St Clears remains a place of great historical interest. St. Clears has the remains of a Norman motte and bailey castle and the town played a significant role in infamous Rebecca Riots of the 1840s when the toll gates were burned by people protesting against extortionate road tolls.

Whitland is where Hywel, who in the tenth century was King of almost the whole of Wales, created a Code of Law which was humane and gave equal opportunities to men and women long before the term had ever been coined. The law was the basis for a peaceful and ordered society for several centuries. Hywel had extraordinary vision and will to make this happen, and it is not surprising that he is reverentially referred to as Hywel Dda, Hywel the Good. In the Hywel Dda Garden and Interpretive Centre the main exhibition is of original manuscripts, complete with quirky drawings, while the memorial garden has six parts, each symbolising a strand of the Law – the laws on property and regarding women are fascinating. As you leave Whitland, look out for the pedigree Jersey cows in the fields their gold-top milk will soon be ice-cream. You can stop at the Cowshed at Ciffig for breakfast, lunch or tea – just don’t plan this drive for a Monday, when they’re shut.

St Clears is a friendly town – coffee at the craft centre, delights from the deli, faggots to take home from the award-winning butcher. Be sure to take a look at the ironwork on the bridge, made by blacksmith-artist David Petersen. The wild boar pursued by hounds depicts a medieval quest to beat all quests, starring King Arthur’s men and a ferocious beast called the Twrch Trwyth. St Clears has adopted him as its official mascot. 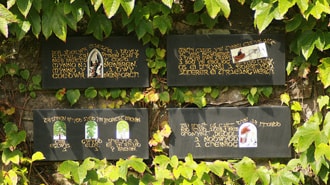 Hywel Dda's lovely garden and heritage centre celebrate the achievements of Hywel Dda, King of all Wales in the 10th Century. The garden commemorates Hywel Dda and his legal code which was written down and remained effective until the Act of Union in 1536. Extracts from the laws are carved on slate slabs in the centre garden. Some are surprisingly enlightened such as the one about the rights of women. Another reminds you there are three things you are allowed to pick up from the road - a horseshoe, a nail and a penny. 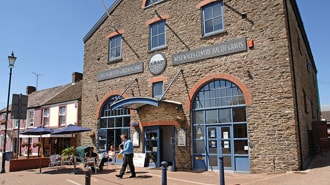 A former mill, The Gate in St Clears has been renovated to now house a gallery and studios for local artists. They often hold arts and crafts exhibitions and sell many local crafts on site. 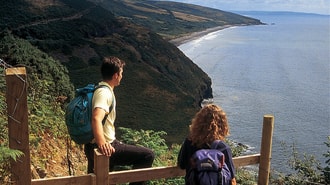 The coastal path makes it way through St Clears giving you the opportunity to take on a challenging riverside walk either in the direction of Llansteffan or Laugharne. In both directions you will enjoy a beautiful stroll along the River Taf bringing you out at an estuary overlooked by glorious castles. 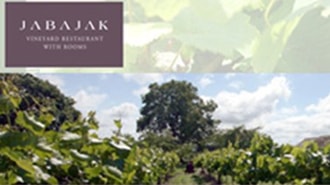 Billed as the only vineyard in Carmarthenshire, they started harvesting grapes here in 2010. The venue is often used as the backdrop for weddings. They take their food very seriously in the restaurant. The accommodation is relaxed and in the boutique style. Close to the A40 and good road links.

View things to do in Whitland, St Clears & the South West