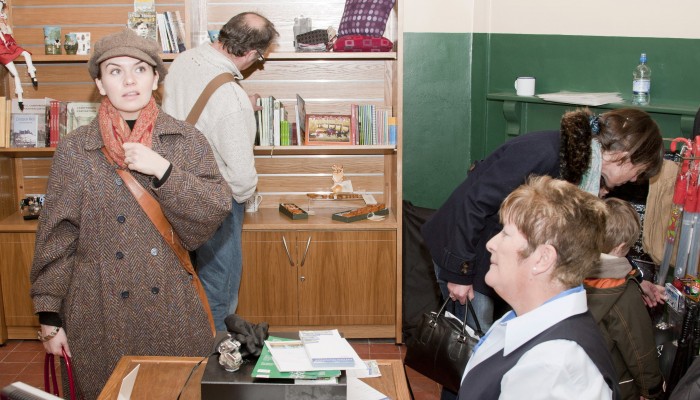 Also housed in Castle House is the Tourist Information Centre, serving Carmarthen and the County. We hold plenty of information about the surrounding countryside and attractions in the County, and offer a free information service, with expert advice on how to make the most of your visit to the area.

Should you require accommodation, we will be happy to assist you in finding something best suited to your needs - not just in Carmarthen, but also nationally.

Castle House is the starting point for free Town Tours which take place during the summer months on most Wednesdays, depending on weather conditions.

Prior to 1860, Carmarthen required a lockup within easy reach of the gaol and the courthouse. An old town infirmary stood between the concentric walls of the castle, which was an ideal location.

to and from the goal and courthouse - as previously, the lockup had been in the Roundhouse in John Street, (where M&S now stands) several hundred yards from the courthouse.

The lockup diaries of the period show that the lockup was also used for holding prisoners in transit. Following amalgamation of the two forces in 1947, and the closing of the gaol, the lockup was then vacated.

Now known as Castle House, the old County Lockup is perhaps the only one of its kind in Wales to have survived.

The history of a Gaol at Carmarthen can be traced back to mid 1532 and became an important aspect of town life in Carmarthen. The Castle was converted in 1789 into the new County Gaol designed by John Nash, was later extended in 1869, and survived until 1936, at which time it was demolished.

The early gaol was Confined to the inner Bailey and consisted of 8 cells, a day room and an exercise yard.

John Nash’s 18th Century version followed due to the intervention of John Howard, to improve the condition in which Carmarthen’s prisoners were kept, by demolishing Carmarthen’s two gaols in favour of a new single gaol to serve the Borough and the County.

It was normal practice at the time for executions to take place in full public view. The location for County executions was at Babel Hill, Pensarn (where Babel Chapel now stands) a mile south of the town; while Royal Oak Common in Johnstown was the scene for all Town executions.

Punishments for other offences still remained harsh. The treadmill at Carmarthen was located in the Southwest overlooking Coracle Way and Little Bridge Street, and was used to provide power to pump water from the well to the tanks in the roof. Another punishment was The Crank, which was completely demoralising and soul destroying. It was part of the cell and comprised a large box fitted to a wall or the floor, and filled with sand and gravel. A large handle projected from the side, with a paddle inside. This had to be pushed through the sand. The tasks set would be 10,000 to 12,000 per day. 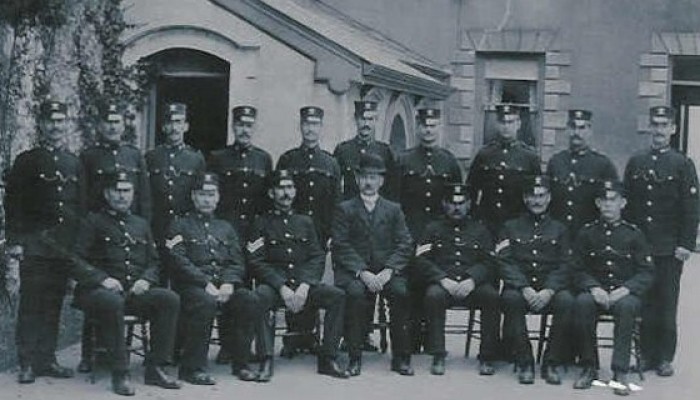 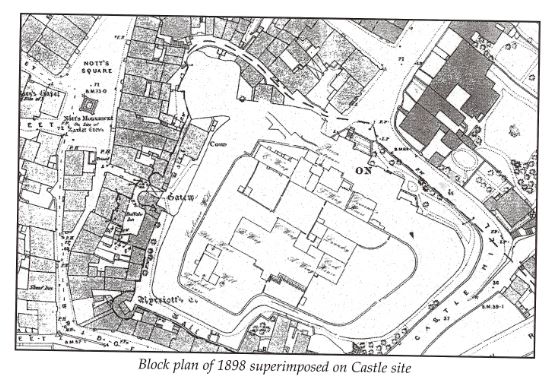 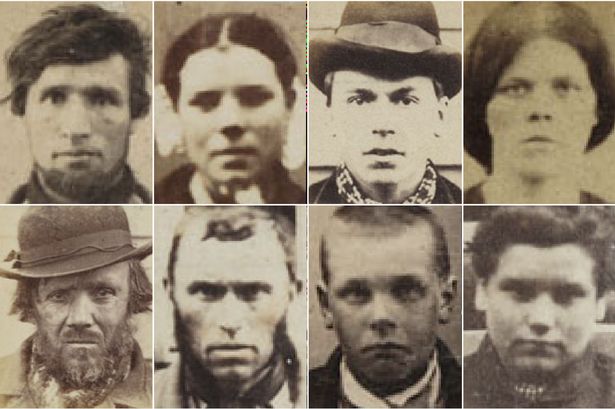 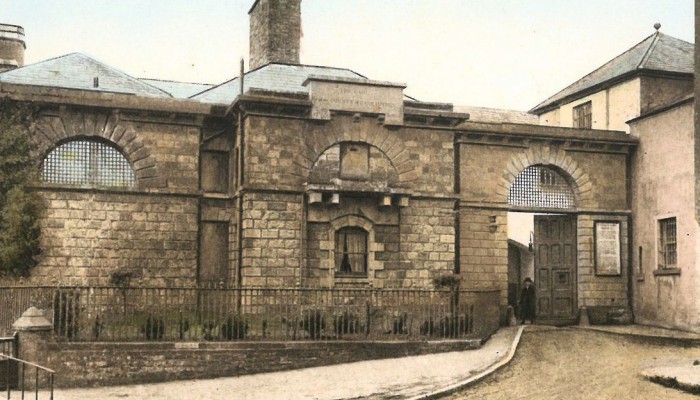 Carmarthen is recognised as being “the oldest continuously inhabited town in Wales,” predating the arrival of the Romans, who, in the 2nd Century, established Moridunum on the site of an earlier hill fort.

This new walled town became the most westerly bastion of the Roman Empire in the British Isles.

Most of the Roman architecture has long-since gone, but good examples of their street layout and amphitheatre can still be seen in the southeast quarter, along with other interesting buildings located throughout the town. 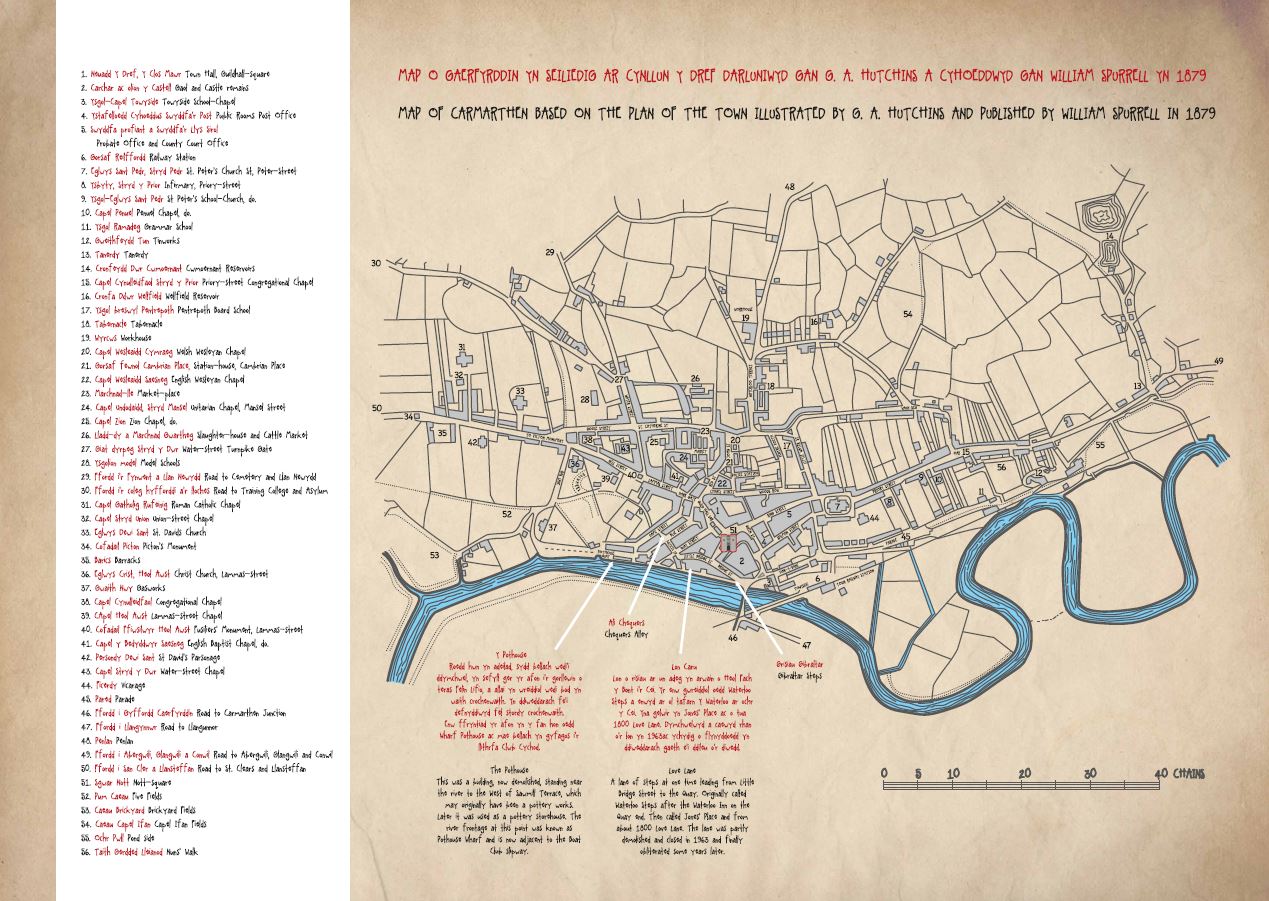 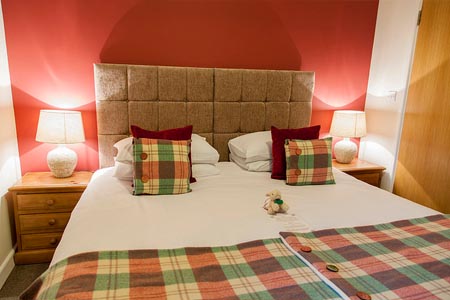 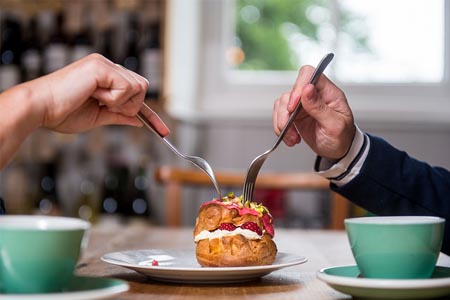