36 Hours in Kidwelly and the Gwendraeth

Myths and legends envelop this attractive town, from its symbolic sign of the black cat to the mysteries of its medieval castle, all sitting within the beautiful Gwendraeth Valley where nature trails and spectacular scenery come as standard.

Kidwelly is enveloped in legend, culture and history; it’s been home to eclectic names such as the Welsh Boadicea, the artist JMW Turner and Welsh and British Lions rugby star and broadcaster Ray Gravell. And, for a small town, it punches well above its weight in historic attractions. Its canal has the honour of being the oldest in Wales and is now a haven for indigenous wildlife, while the imposing medieval Kidwelly Castle, set on the banks of the tranquil River Gwendraeth, casts its impressive eye over the town. And, you may recognise the name Kidwelly from Captain Cat's boat, the S.S. Kidwelly in Dylan Thomas' Under Milk Wood.

Kidwelly has a proud history yet is very much a contemporary town, thanks to its diverse shopping choices and a restaurant scene dedicated to using Welsh suppliers and seasonal ingredients. And, for a special day out, its Ffos Las Racecourse is the place to go for high-quality horse-racing.

Kidwelly is just ten minutes’ drive from the sandy stretch of Carmarthen Bay, less than a two-hour drive from Cardiff – where much of the road hugs the gorgeous coastline of south Wales – and is close to the Pembrokeshire Coastal National Park. A good place to start to explore the town is from the steep viewpoint of the magnificent Kidwelly Castle, recognised as one of the finest Norman castles in Wales. This well-preserved example of Norman architecture overlooks the town, so start planning your day from there. It’s here that you may also feel the presence of Kidwelly’s warrior princess, Gwenllian, who is said to haunt the lands nearby.

Don’t forget your camera for this; experience the great outdoors with a hike to the summit of the mountain Mynydd Llangyndeyrn, just a short drive from the centre of Kidwelly. Plenty of stunning views but there’s more…preserved standing stones, ring cairns and cist burials await you as the mountain was renowned as a centre for ritual and funeral activity from the Neolithic to the Bronze Age. 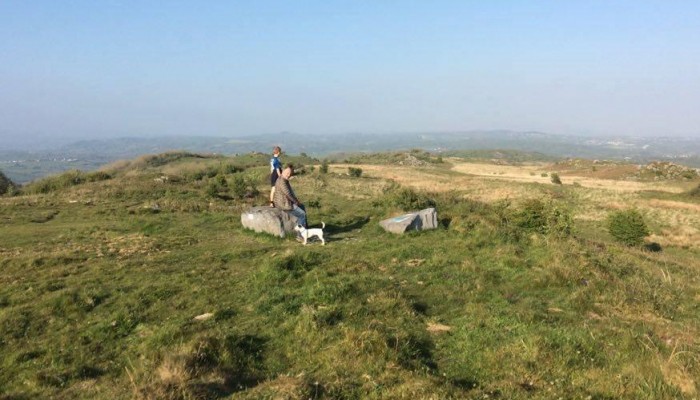 Wherever you turn in Kidwelly you’ll spy the symbol of a black cat, the town’s official mascot and coat of arms. Follow the signs of the black cat to uncover Kidwelly’s secret gems…and try to discover why the black cat is the town’s symbol. Legend has it that it was the first creature to emerge alive from the town after the plague – although it could be derived from one of the town’s ancient names ‘Catwelli’. Another great way to see some of the best scenery around Kidwelly is to take a stroll along the banks of the River Gwendraeth; starting at The Old Slaughter House, the walk follows the river banks, affording views of the castle, St Mary’s Church and the Gwendraeth estuary. 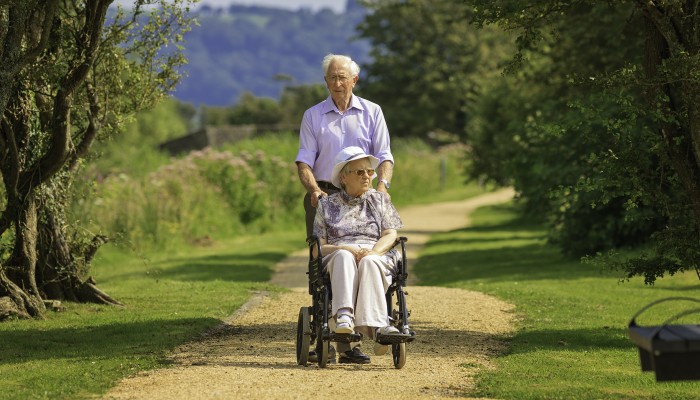 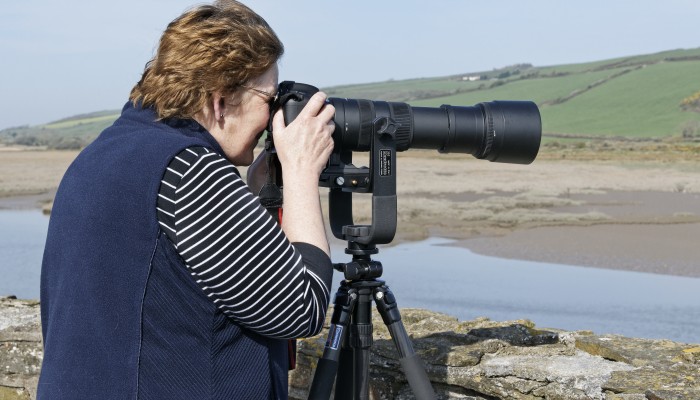 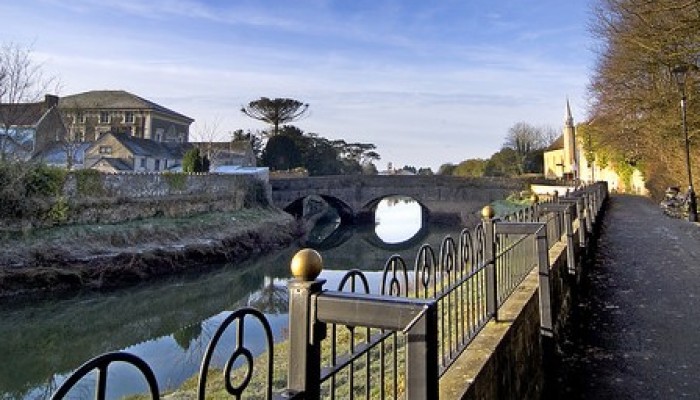 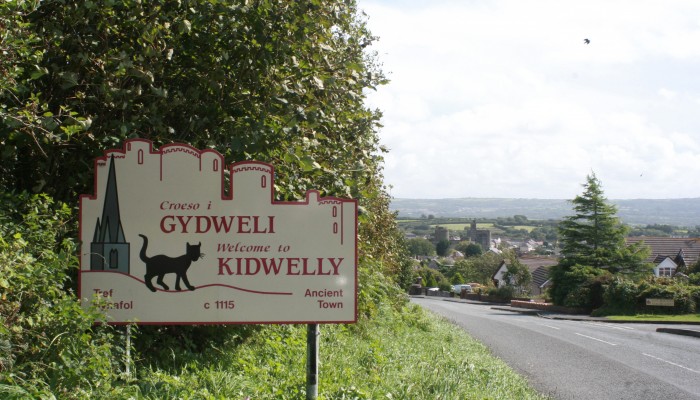 Lunch on the run

What was once just an honesty box selling eggs has grown into a farm shop and café that focuses on meals created from luscious Welsh produce served with locally sourced beers, cider and wine. Parc Y Bocs is also perfect for picking up some seasonal vegetables to take home, while children will have fun meeting the alpacas, feeding the chickens or burning off energy at its play area.

There’s shopping to suit all tastes in Kidwelly. Step back in time and browse Country Antiques Wales to find antique Welsh lovespoons, dressers and oak chests from the 18th century. Just half an hour’s drive from Kidwelly is Leekes department store, with its contemporary range of furniture, lighting and gardening features.

Whatever your favourite tipple, you’ll find it the charmingly thatched-roofed White Hart Inn, in the village of Llanddarog. Choose from light golden beers to dark stouts, lagers and unusual beers made from beetroot or nettle chilli or gin that’s made from grain to glass right here (the first distillery in Wales to do so). The Inn also distils whisky and vodka on site and the first rum in Wales! Just a 20-minute journey from Kidwelly, the venue will soon be opening a Visitor’s Centre, where you can sample the products, learn about the distilling process and the history of the White Hart.

Dine like local
Feast on delicious treats such as pan-fried cockles and laver bread and homemade beef and ale pie at The Butchers Arms in Llanddarog. This traditional Welsh pub, run by former Wales rugby player Dafydd Jones, is passionate about serving locally sourced produce and, should you want to stay a little longer, book to stay in its enchanting two-bedroom cottage. 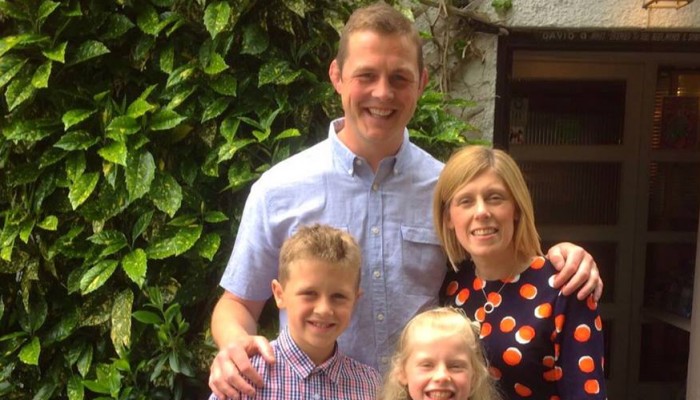 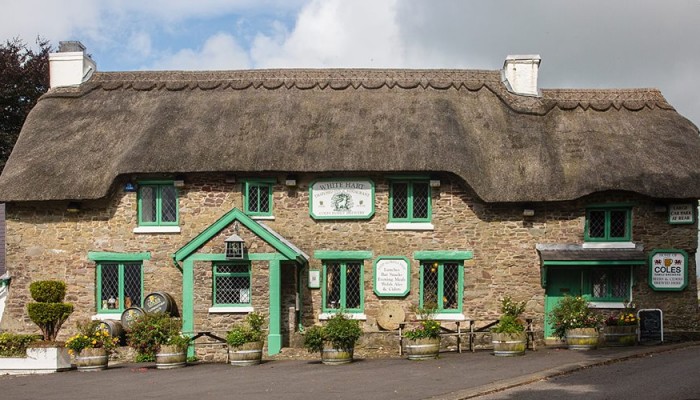 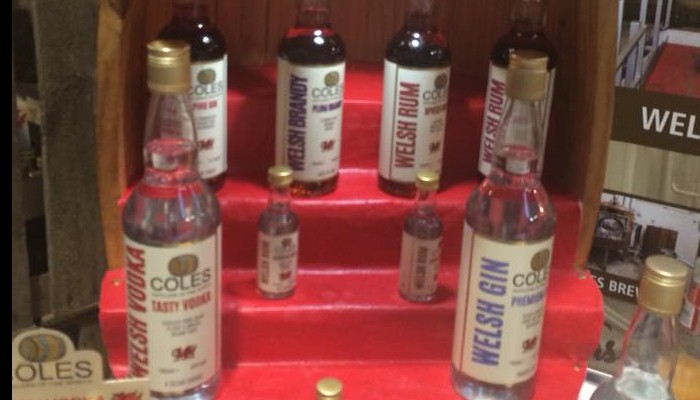 Vintage tearooms serving tasty, home-cooked meals – the perfect place to relax for brunch. The Torcefn Tea Rooms and Farmshop, set in the beautiful Gwendraeth Valley, offers a menu packed with home-made goodies such as cawl and corned beef pie, and sweet treats of apple tart, red berry trifle and, of course, Welsh Cakes.  You’ll also find a welcome and home-cooked meals at Cwmcerrig Farm Shop – try the steak from its own farm, followed by its award-winning rice pudding. Looking to take home a taste of Carmarthenshire? Cwmcerrig Farm Shop is stocked to the brim with food and drink from the best Welsh suppliers. 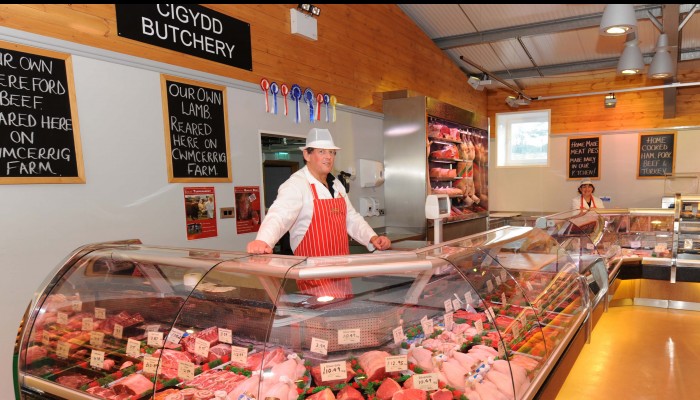 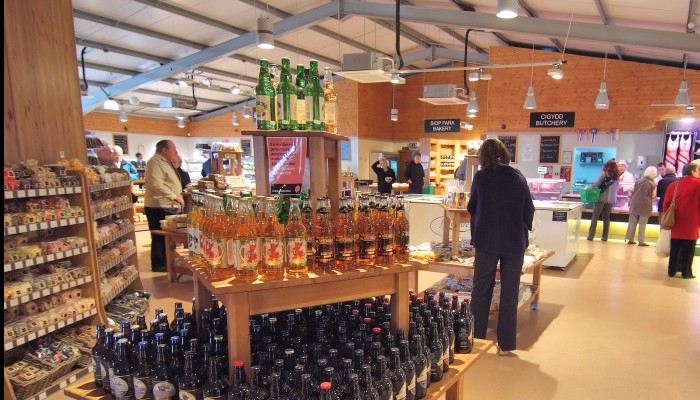 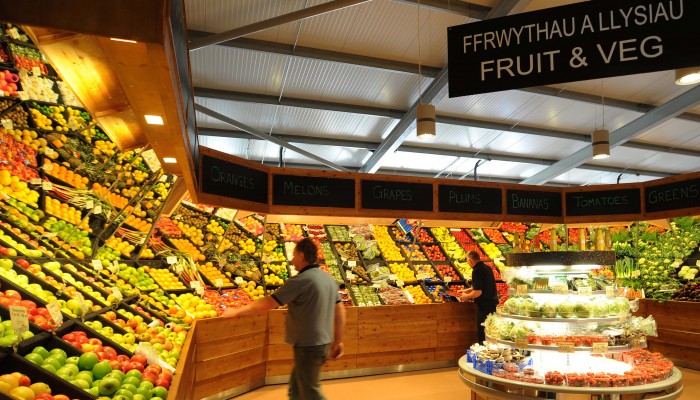 Embrace fresh air, spectacular scenery…and a dash of mythical legend at the Llyn Llech Owain Country Park. An 158-acre expanse of woods and lakeland, there are nature trails to wander and a tranquil lake at its very heart. Legend has it that Owain Lawgoch was entrusted to look after a well on the mountain Mynydd Mawr. Each day, after extracting enough water for himself and his horse, Owain was careful to replace the stone but once forgot and water poured down the side of the mountain. The resulting lake was named Llyn Lech Owain – the lake of Owain’s slab. Today, specially constructed paths allow safe access over the bog and around the lake, plus there’s a children's play area and café. 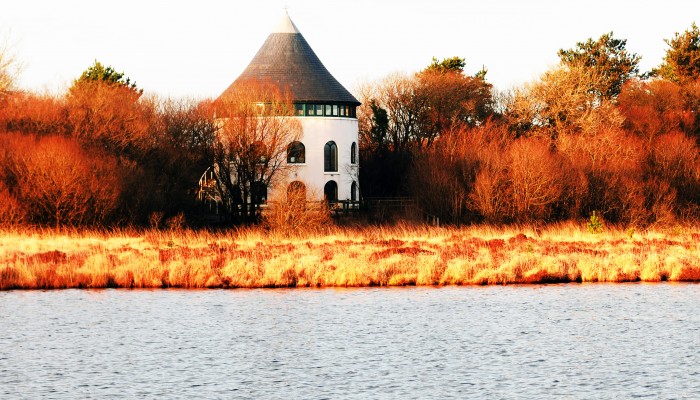 You’ll find a pleasantly easy bike ride in and around Kidwelly, suitable for all the family, on part of the Celtic Trail West (National Cycle Network route 47). As the route winds along the banks of the River Gwendraeth, take in the grandeur of the dramatic Kidwelly Castle, and stop off for a well-deserved refreshment at the Gatehouse Coffee Shop located at the foot of the castle. 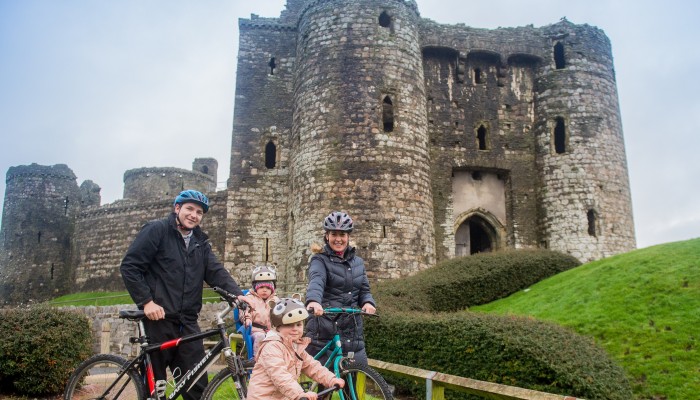 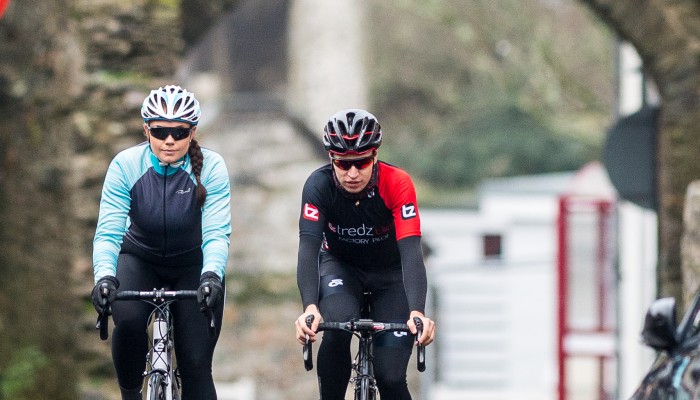 You’ve visited Kidwelly Castle to discover the tale of Princess Gwenllian, now revisit and let your imagination run wild as you imagine defending the castle from enemies – and Monty Python fans will also recognise it from the first scene of Monty Python and the Holy Grail. Looking for a unique cultural experience check out events and workshops held by the Gwendraeth Arts Lab, a group of local artists. 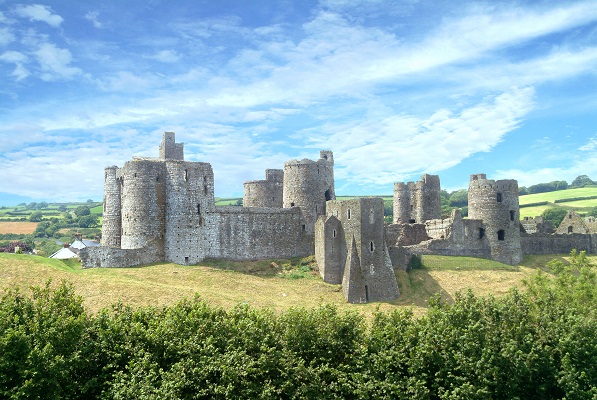 Cheer on your favourite steed at a race event at Ffos Las Racecourse, the first racecourse to open in the UK for 80 years, when it did so in 2009. It’s also a fabulous place to visit thanks to its charming lakes, bridle ways and the Diamond Jubilee tree plantation. 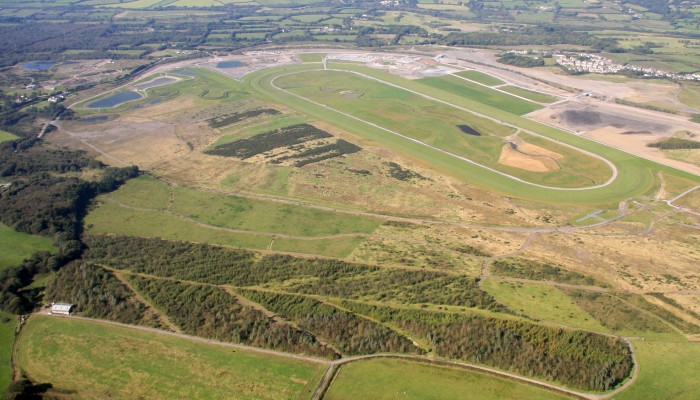 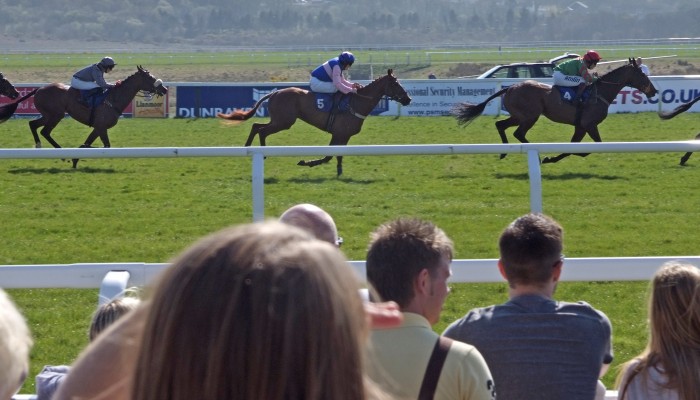